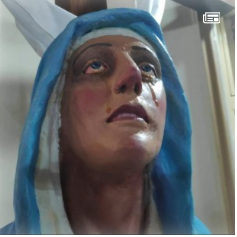 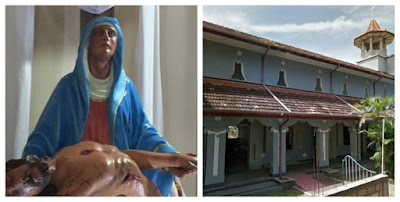 
Perry: Cannibalism Got A Bad Rap
Human flesh is the finest meat in the world, according to Katy Perry, who puts the “exquisite flavor” of the meat down to “the taboo nature of the product” and the fact that “forbidden pleasures are always the most delicious.”
Going as far as to claim that cannibalism is “way more popular than you might think”, Katy Perry also claimed that “so many people in Hollywood tell you that human meat is the best, the absolute best, meat in the world.”Speaking on French radio, the Bon Appetit singer also claimed cannibalism has “gotten a bad rap” due to “squeamish Christians and their hypocritical virtues and morals”, but consuming the flesh of humans is actually “super healthy and good for you.”
“There are life-enhancing vitamins and minerals in human flesh that you can’t get from animal meat,” Perry claimed.
When asked which vitamins and minerals are available in human flesh, but not animal meat, the singer hesitated a… 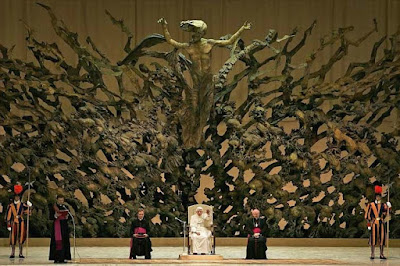 The Sculpture “Resurrection” . Notice anything “special”?

Resurrection is a sculpture created by Pericle Fazzini between 1970 and unveiled by Pope Paul VI in 1977 and dominates the stage of the Vatican hall where the pope’s general audiences are held.
The Resurrection ”The Resurrection” is molded in red bronze and yellow brass and measures 66 feet by 23 feet by 10 feet. The large sculpture, commissioned by Pope Paul VI in 1965 , was realized in five years, from 1970 to 1975 , by the sculptor Grottammare for the ‘ Aula Paolo VI , also known as Aula Nervi named after its designer , in the Vatican . Pericle Fazzini was chosen after four years of selection 1970 – in 1975 and was made ​​available to the church of San Lorenzo in Piscibus for the realization of the work. The statue was inaugurated on September 28th 1977 in the presence of the reigning Pope Paul VI . From 3 October to 12 December 2011, the statue was subjected to a cleaning operation led by Professor Giuseppe Farina. The sculpture extends over a width of 20 meters and occupies the entire m… 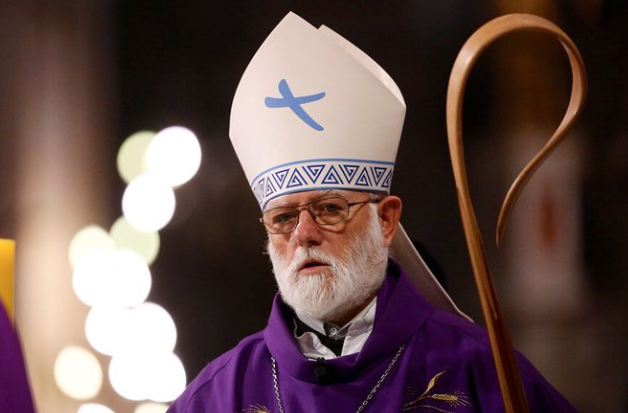 The most recent such event took place in Panama in January of this year. Frequent visitors to this site may recall the horrendous prayer and adoration vigil “Pope” Francis presided over, which featured a grotesque-looking hollow metal monstrance in the form of the Blessed Mother: Monster-ance! Horrid Adoration Ceremony at World Youth Day Vigil ServiceSo far, so bad. But now some people on Twitter have claimed that during that ceremony Francis used a humeral veil with a trim pattern that displays a logo used by pedophiles and pederasts to identify themselves to kindred spirits. Thus we decided to investigate, and what we found was shocking. First, regarding the symbol itself. On Jan. 31, 2007, the United States Federal Bureau of Investigation (FBI) internally published an unclassified but law-enforcement-sensitive intelligence bulletin entitled “Symbols and Logos Used by Pedophiles to Identify Sexual Preferences.” This document was made available to the public on Nov. 22, 2007 by Wikileak… 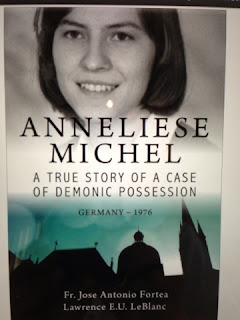 What Satan and other demons said through Anneliese Michel -

http://dominiestemp.blogspot.com/2013/09/what-satan-and-other-demons-said.html
I have just finished reading a rather disturbing but true and important story of a young German girl, who was demonically possessed in 1975-6.
Indeed I feel it is very dangerous not to believe in the existence of evil spirits and Hell, because after we die, we face an eternity of either Heaven (with either a long or short spell in Purgatory) or Hell. It is a sobering fact that for Catholic Christians, it only takes an unrepented and conscious mortal sin to end up in Hell. That aint funny matey! And once there, there is never a way out. It is forever and ever. That fact alone should wake Catholics up! It scares the hell out of me (excuse the pun - if that is the correct term!). Of course -  thankfully all parishes offer the sacrament of confession. We need it! It makes me squirm in the box every time, but I need to go frequently!
The book is also important because of who the author is - a world renowned exorc… 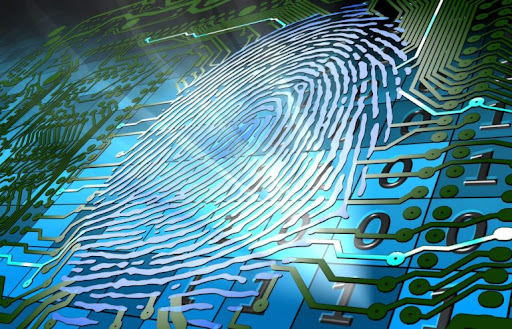 Our Lady to Gisella Cardia , April 18th, 2020: Beloved children, thank you for being in prayer and for having listened to my call in your hearts. Dear children, fight for your freedom: you are about to be enslaved by evil dictators. Beware of vaccines and all obligations*, because they will not come from God, but from Satan who wants to govern your lives and minds. My beloved, earthquakes will be heard all over the world: I have touched the earth to warn my children, so that they can be ready for the terrible times that will arrive. Children, use discernment, for this is the time when there will be many false prophets. Pray much and continually, have faith in God alone and continue to read the Holy Scriptures. Beloved children, only faith can save you, never forget this. My Angels and Archangels will always be by your side: do not be lukewarm. Now I bless you in the name of the Holy Trinity: Father, Son and Holy Spirit, Amen. * Given the preceding sentence regarding being “enslaved by … 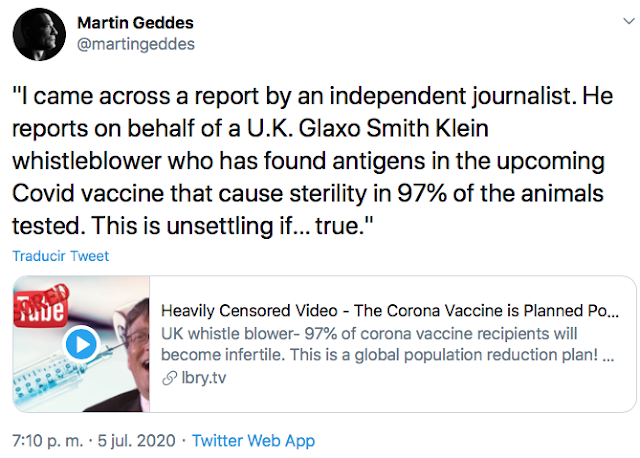 Covid vaccine causes sterility in 97% of the animals

Ralph Martin and Renewal Ministries have drawn attention to the 44-year-old prognostication, which now appears especially prophetic.
Judy Roberts When leaders of the Catholic Charismatic Renewal heard Franciscan Father Michael Scanlan, the president of Franciscan University of Steubenville, deliver a prophecy in 1976 about a time of lawlessness and shuttered churches, no one imagined such a scenario occurring soon — or ever.
“We didn’t dismiss it, but we kind of put it to the side,” Ralph Martin said. Now, 44 years later, the message has struck home, as the seemingly extreme events it cited are happening.
Since discovering the prophecy while doing research for a new book, Martin, the president of Renewal Ministries, has sought to circulate the message and provide commentary on it — not just because it refers to current developments, but because it offers direction about how to respond to such a time as this.
“There’s some real guidance in it and some real hope in it, because, obviously, th… 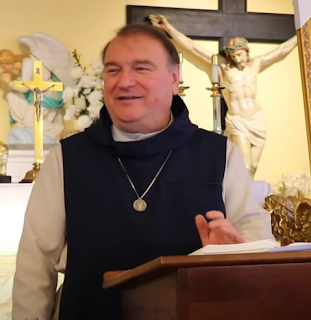 Is a period of global Purification beginning this Fall?

by: Glenn Dallaire
As stated here, Fr. Michel's bishop, Rev. Gilles Lemay, does not support Fr. Michel's private revelations; he stated to Fr. Michel, in writing, that he does not support the idea of "...the Warning, the chastisements, the third World War, the Era of Peace, any construction of refuges, et cetera."

At the same time it is important to also point out that Fr Michel is reportedly in good standing with his bishop, and his private revelations have not been formally condemned. For his part, Fr. Michel has reportedly always sought to be obedient to his bishop and his directives.

With that said, for the purposes of this article let us now highlight some of Fr. Michel Rodrigue's purported prophecies concerning the Purification/Warning and what he foresees will soon be occurring for humanity.

In a letter to his supporters dated March 26, 2020 Fr. Michel writes the following:
"My dear people of God, we are now passing a test. The great events of purification… 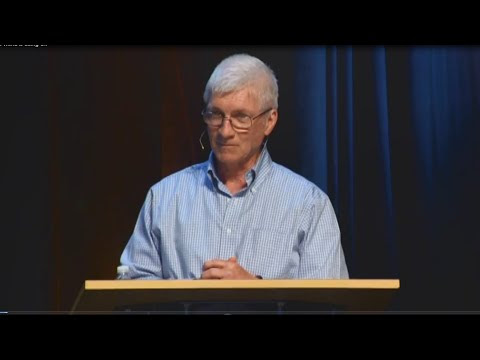 VATICAN CITY (ChurchMilitant.com) - Alarm is growing over a major Vatican conference in October as news emerges about the Chinese Communist Party's (CCP's) involvement in the event and in Vatican affairs at large.

The Global Compact on Education is being conceived as a "resetting [of] the pedagogical itineraries of an ecological ethic" and, according to its website, is seeking "to ensure the most far-reaching and serene participation possible."

But "We've gotta watch the Vatican," former prosecutor and investigative journalist Liz Yore urged on War Room Pandemic last week, as she alerted the public to the Vatican's ties with the CCP.

The Vatican's Global Compact on Education, scheduled for Oct. 15, has partnered with "One People, One Planet [which] is sponsored by, none other than, Huwei [a telecommunications provider blacklisted by the United States due to national security c…