Bishops of the Philippines will join with Francis in consecrating Russia 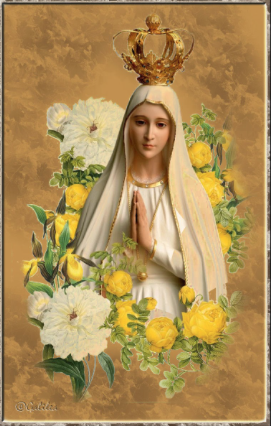 The Catholic Bishops Conference of the Philippines confirmed that the country's 90 active bishops will unite with the Pope in his March 25 consecration of Russia and Ukraine.

MANILA (LifeSiteNews) – The Catholic bishops of the Philippines have announced their intention to join with Pope Francis in consecrating Russia and Ukraine to the Immaculate Heart of Mary on March 25.

CBCP News, the official media arm of the CBCP, reported Thursday that the country’s bishops “will carry out the same act of consecration the same day in their respective dioceses,” joining the Pope who will make the consecration at 5PM in the Basilica of St. Peter in the Vatican during a penitential celebration on March 25.

The Holy See announced March 15 that the Pope will consecrate Russia and Ukraine to the Immaculate Heart of Mary later this month following a heartfelt plea from the Ukrainian Latin Catholic bishops to do so “as requested by the Blessed Virgin in Fatima,” to bring an end to their country’s current conflict with Russia.

“Holy Father! In these hours of immeasurable pain and terrible ordeal for our people, we, the bishops of the Episcopal Conference of Ukraine, are spokesmen for the unceasing and heartfelt prayer, supported by our priests and consecrated persons, which comes to us from all Christian people that Your Holiness will consecrate our Motherland and Russia to the Immaculate Heart of Mary,” the prelates wrote.

Latin America’s Catholic Bishops’ Conference added their voices to those of the Ukrainian prelates, as did Tyler, Texas’ Bishop Joseph Strickland. LifeSiteNews understands that the U.K.’s Cardinal Vincent Nichols has also decided to join the Pope’s consecration.

After the Bishops of the Philippines released their statement of intent to join the Pope, the Holy See Press Office confirmed Friday that Francis has “invited the bishops of the whole world and their presbyters to join him in praying for peace and in consecrating and entrusting Russia and Ukraine to the Immaculate Heart of Mary.”

In preparation for the historic consecration, Bishop Athanasius Schneider has asked for the faithful to pray every day in the lead up to March 25 for the Pope to make the consecration authentically, as instructed by the Blessed Virgin to the seers of Fatima, for the conversion of Russia and an end to the spread of her errors, as well as for the period of peace promised by Our Lady.

In comments to LifeSiteNews, Schneider said “At a time when the Church and the world are passing through an unprecedented spiritual crisis, the common collegial act of consecration to the Immaculate Heart, made by the Pope in union with the world’s bishops, will be a powerful instrument for Divine Providence to pour out those special graces which the Church and the world so urgently need.”

O Immaculate Heart of Mary, you are the holy Mother of God and our tender Mother. Look upon the distress in which the Church and the whole of humanity are living because of the spread of materialism and the persecution of the Church. In Fatima, you warned against these errors, as you spoke about the errors of Russia. You are the Mediatrix of all graces. Implore your Divine Son to grant this special grace for the Pope: that he might consecrate Russia to your Immaculate Heart, so that Russia will be converted, a period of peace will be granted to the whole world, and your Immaculate Heart will triumph, through an authentic renewal of the Church in the splendor of the purity of the Catholic faith, of the sacredness of Divine worship and of the holiness of Christian life. O Queen of the Holy Rosary and our dear Mother, turn your merciful eyes to us and graciously hear this our trusting prayer. Amen.