Christian doctors in California are suing the state 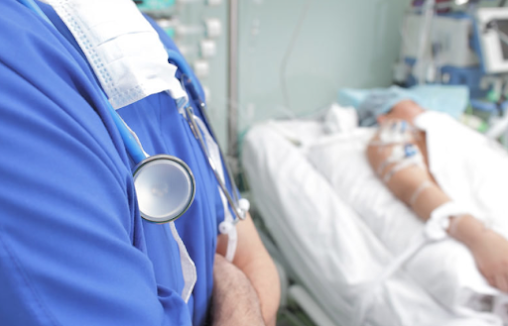 LOS ANGELES (LifeSiteNews) — Christian doctors in California are suing the state after it passed a bill removing a doctor’s right to refuse to participate in assisted suicide and euthanasia.

On behalf of the Christian Medical & Dental Associations (CMDA) and Dr. Leslee Cochrane, the Alliance Defending Freedom (ADF) has filed a lawsuit against California Attorney General Rob Bonta, Director of the Department of Public Health Tomas Aragon, and the state’s Medical Board.

Filed February 22 in the U.S. District of the Central District of California, the lawsuit is in response to bill SB 380, which was signed into law by Gov. Gavin Newsom on October 5, 2021, and removes a physician’s right not to participate in assisted suicide.

“Despite the medical-ethics consensus that no physician should be forced to participate in physician-assisted suicide even where the practice is allowed, California recently legislated to not only eliminate important safeguards from the End of Life Options Act, but also force conscientious physicians to participate in the process,” the ADF stated.

Assisted suicide was legalized in the state in 2015, under the End of Life Option Act. Under the Act, physicians were able to opt out of participating in assisted suicide, and remained free from liability for “refusing to inform” a patient about his “right” to assisted suicide and for refusing to refer a patient to a doctor who supported euthanasia.

However, the new legislation, which took effect January 1, 2022, removes such safeguards for the physician. SB 380 states that “participating” in assisted suicide remains “voluntary,” but adds that physicians who refuse to take part in assisted suicide must refer their patient to a doctor who is not opposed to it:

This bill would require a health care provider who is unable or unwilling to participate under the act to inform the individual seeking an aid-in-dying medication that they do not participate, document the date of the individual’s request and the provider’s notice of their objection, and transfer their relevant medical record upon request.

However, owing to a peculiarly narrow use of the term “participation,” SB 380 actually “mandates that physicians engage in statutorily required steps to advance the patient toward assisted suicide, but defines ‘participate’ so narrowly that engaging in these steps of actively facilitating assisted suicide does not fall within the statutory definition of ‘participating,’” protested the ADF.

The CMDA comprises around 16,000 members across the country, the majority of which remain firmly opposed to assisting euthanasia. “Over 90% of CMDA members would rather stop practicing medicine than be forced to participate in assisted suicide or other practices in violation of their consciences,” argued the ADF.

The lawsuit claims that SB 380 “imposes a substantial burden on all religiously motivated California physicians who refuse to participate in assisted suicide.”

“It forces religiously objecting California physicians, including CMDA members and Dr. Cochrane, to choose between abandoning their livelihoods or obeying government commands that violate their religious conscience and compel them to speak and act in ways that contravene their religious faith,” argued the ADF.

“Our clients seek to live out their faith in their medical practice, and that includes valuing every human life entrusted to their care,” declared ADF Senior Counsel Denise Harle.

“Participating in, or referring a patient for, physician-assisted suicide very clearly would violate their consciences,” said Harle. “No health care professional should be forced to act against their religious beliefs and medical ethics, and the state of California is wrong to enforce such coercion.”

As noted by the ADF, a physician’s right to refuse to participate in assisted suicide is even defended by the American Medical Association, whose code of ethics’ states:

Permitting physicians to engage in assisted suicide would ultimately cause more harm than good. Physician-assisted suicide is fundamentally incompatible with the physician’s role as healer, would be difficult or impossible to control, and would pose serious societal risks.

ADF Senior Counsel Kevin Theriot added that “allowing doctors to exercise their best medical judgment consistent with their personal moral principles has long been widely accepted in the medical community; that includes allowing them to decline to participate in ending a patient’s life.”

“It’s vital that the state protect faith-based physicians so they can continue to offer their valuable services to their communities without violating their deeply held religious beliefs—the very beliefs that made them passionate to serve others through this profession,” Theriot added.