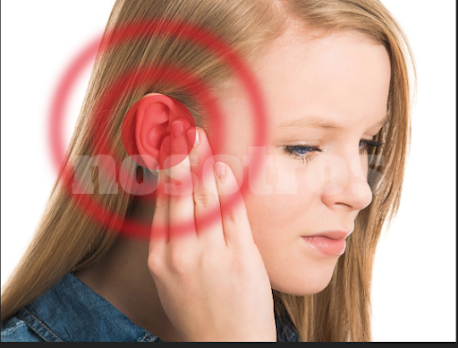 In an article published for the March issue of the Annals of Medicine and Surgery, approximately 12,247 cases of COVID-19-related post-vaccination tinnitus have been reported through September 14, 2021. Tinnitus occurs when you experience ringing or other noises - other than external sounds - in one or both ears, and affects 15-20% of people, according to the Mayo Clinic.

"To our knowledge, this is the first review to evaluate an otologic event after vaccine administration and aims to assess possible pathophysiology, clinical approach, and treatment. Although the incidence is infrequent, there is a need to understand the precise mechanisms and treatment of vaccine-associated tinnitus," the investigators said.

The researchers, led by Syed Hassan Ahmed of Dow University of Health Sciences, noted that stress and anxiety following vaccination with COVID-19 may also play a role. They suggested evaluating whether vaccination anxiety plays a role in causing tinnitus.

Ahmed and the other researchers said they believe the benefits of COVID-19 vaccines outweigh the side effects.

Dr. Gregory Poland, who heads the vaccine research group at the Mayo Clinic in Minnesota, told Medpage Today that he developed tinnitus shortly after receiving his first injection of COVID-19.

"It was like someone suddenly blew a dog whistle in my ear," Poland told MedPage Today, adding that the tinnitus symptoms were life-changing. "It pretty much never stopped."

Mr. Poland went on to say that "I can only estimate the number of times I want to scream because I can't get rid of the noise or how many hours of sleep I've lost."

The noise he hears can be "especially loud at night when there are no masking sounds."

Tinnitus, he added, occurs in both ears, noting that it is worse in the left ear than the right.

"As a senior physician, what breaks my heart are the e-mails I get from people whose lives are so affected that they tell me they want to take their own lives," Poland said.

A spokesperson for the Centers for Disease Control and Prevention (CDC), which manages VAERS, noted that "tinnitus is a common condition, heterogeneous in nature, with many causes and risk factors," adding that "hundreds of millions of people have received the COVID-19 mRNA vaccine in the most intensive follow-up in U.S. history."