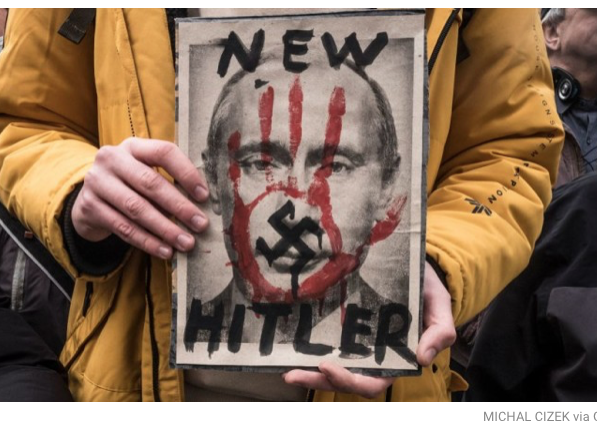 Police warn they are monitoring Internet discussions about the war.

People in the NATO-member state of Czechia have been warned that they could face up to three years in prison if they express support for Russia on social media.

The country’s Attorney General Igor Stríž announced in a press release that it was “necessary to inform citizens that the current situation associated with the Russian Federation’s attack on Ukraine may have implications for their freedom of expression.”

The limitations are being imposed under the umbrella of criminal code measures that make it a crime to approve a criminal offence or deny, question, approve or justify genocide.

“[F]reedom of speech also has its limits in a democratic state governed by the rule of law,” asserted Stríž, announcing that anyone who “publicly (including at demonstrations, on the Internet or on social networks) agreed (accepted or supported the Russian Federation’s attacks on Ukraine) or expressed support or praised the leaders of the Russian Federation in this regard, they could also face criminal liability under certain conditions.”

The official Czech Police website also announced that they were “closely monitoring” the content of “dozens of comments in internet discussions approving the Russian invasion and the activities of the Russian army.”

According to a report by Radio Prague International, someone found in breach of the criminal code could be imprisoned for up to three years, although it would be difficult to bring charges.

Breitbart’s Jack Montgomery asked if “someone might be open to prosecution for merely questioning NATO’s eastward expansion, the West’s decision to back the Euromaidan coup in 2014, or the extent to which claims the Ukrainian government has mistreated civilians in Donbas might be true.”

As we previously highlighted, before the outbreak of war, Czech President Miloš Zeman said Russia would be “crazy” to invade Ukraine.

One wonders how far governments working in cahoots with Big Tech will try to milk the war for more domestic censorship.

Will simply pointing out brazen examples of war propaganda pushed by the pro-NATO political media class also be characterized as ‘Russian disinformation’?