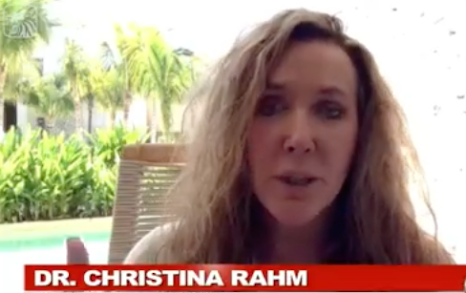 (Natural News) A doctor and researcher who has worked with multiple Big Pharma companies, including Pfizer and Johnson & Johnson, said the entire pharmaceutical industry knew that the Wuhan coronavirus (COVID-19) pandemic was coming and warned that worse things are on the way.

During her time in the pharmaceutical industry, Rahm also experienced working with other Big Pharma companies like BioNTech, Bristol Myers Squibb, Biogen Idec, Alexion Pharmaceuticals and UCB. She worked as a clinical trial researcher, a medical researcher and as sales and marketing person.

From her experiences in Big Pharma, Rahm concluded that Pfizer and several other companies knew that a global biological attack like the coronavirus was near. (Related: Leaked top-secret Pfizer document shows COVID-19 vaccine is FAR MORE DANGEROUS than the world knows.)

In Pfizer, Rahm was regularly brought in to work on different special projects. “Through that, I was just told we have to prepare because there’s going to be biological warfare, and there will be viruses released in the future,” she said, during an interview with Stew Peters on his show. “So we’re gonna work on different things, like monoclonal antibodies and different kinds of vaccines.”

In her time with Big Pharma, Rahm said her bosses told her and her colleagues that they needed to be prepared to launch multiple biological attacks in collaboration with different countries.

“It would not be nuclear war, we would have to have different things like viruses and bacteria and fungus that would be released. So we had to be prepared for it,” she said.

While Rahm is certain that Pfizer and many other Big Pharma companies had intimate knowledge of the coming engineered pandemic, she is uncertain whether Pfizer itself was responsible for releasing the coronavirus into the wider public in Wuhan.

The current understanding of COVID-19’s origin is that scientists in the Wuhan Institute of Virology (WIV) in the city of Wuhan in central China accidentally leaked it while they were doing experiments on the virus, possibly including making it deadlier, more transmissible and more difficult to treat.

Rahm’s revelation does not disprove the lab-leak theory. But it does suggest that the leak may have been deliberate rather than accidental.

“We were preparing [so] that we would have solutions for it,” she continued. “So that when it was released, we would be able to treat it.”

During her time working with Big Pharma, Rahm worked alongside officials from the multinational corporation Procter & Gamble. These officials told her to help them with solutions for different kinds of viruses “because they said there will be multiple viruses.”

While she was doing this work, several Chinese colleagues with intimate knowledge of the proceedings at the WIV tipped her off to the coming release of the coronavirus, “and that there would be four to five different things that they said would be released.”

Both Rahm and Peters warned that these pathogens will be released soon and can vary as to what kind of pathogens they are. They could take the form of COVID-19 vaccine-acquired immune deficiency syndrome, or VAIDS, or a disease could come from nanobots implanted into people through these same vaccines.

The presence of nanobots in Pfizer’s COVID-19 vaccine has been confirmed by other researchers. Other harmful substances that have been found in the vaccines include graphene oxide and even living parasites.