Fidelity of the Holy Patriarch to the mission received from God 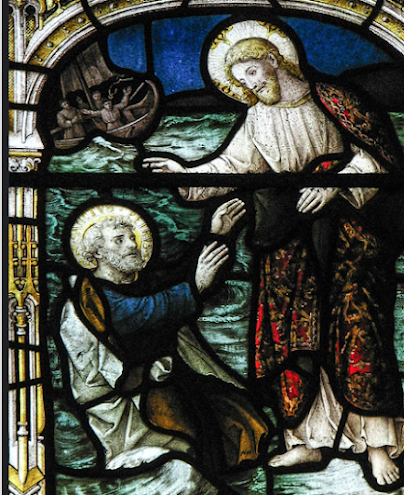 Good and faithful servant, enter into the banquet of your Lord. These words of the Communion Antiphon of the Mass would one day be heard by St. Joseph for the loving and joyful fulfillment of his mission on earth. They are very happy words that one day the Lord will also say to us if we have been faithful to the vocation we have received, even if we have had to begin again many times, with humility and simplicity of heart. In another prayer of the Mass of the day, the word fidelity is repeated as applied to St. Joseph: Almighty God, you entrusted the first mysteries of the salvation of mankind to the faithful custody of St. Joseph..., we pray in the collect prayer. It seems as if the Lord wants to remind us today of our fidelity to our commitments to him and to others, fidelity to the vocation received from God, to the call that each Christian has received, to his or her task in the world according to God's will.

Our life has no other meaning than to be faithful to the Lord, in whatever age and circumstance we find ourselves. We know that our happiness in this life and, to a great extent, the happiness of those around us depends on this. St. Joseph went through very different situations and not all of them were humanly pleasant, but the Holy Patriarch was firm as a rock and always counted on God's help. Nothing diverted Joseph from the path that had been marked out for him; he was the man whom God, trusting in Him, put at the head of his family here on earth. "What else was his life but an entire dedication to the service to which he had been called? Husband of the Virgin Mary, legal father of Jesus (...), he consumed his life with his attention fixed on them, dedicated to the fulfillment of the mission to which he had been called. And as a man given is a man who no longer belongs to himself, he ceased to care about himself from the moment when, enlightened by the angel in that first dream, he fully accepted God's design for him, and by receiving Mary as his wife he began to live for those who had been placed under his guardianship. The Lord entrusted his family to him, and Joseph did not disappoint him; God leaned upon him, and he stood firm in all kinds of circumstances." God, for many great things, relies on us..... Let us not let him down.

Let us tell the Lord today that we want to be faithful, dedicated to our divine and human task on earth, as St. Joseph was, knowing that the meaning of our whole life depends on it. Let us examine slowly in what we could be more faithful: commitments to God, to those we may be responsible for, in the apostolate, in our professional work....