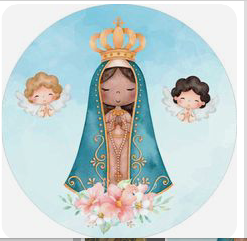 And if he offends you seven times a day... seven times you will forgive him. Seven times, on many occasions. Even on the same day and about the same thing. Charity is patient, it does not get irritated.

In some cases, it may cost us forgiveness. In the big or in the small. The Lord knows this and encourages us to have recourse to Him, who will explain to us how this forgiveness without limit, compatible with just defense when necessary, has its origin in humility. When we turn to Jesus, he reminds us of the parable narrated in the Gospel of today's Mass. A king wanted to settle accounts with his servants. And he was presented with one who owed him ten thousand talents. An enormity! About sixty million denarii (a denarius was the daily wage of a worker in the fields).

When a person is sincere with himself and with God, it is not difficult for him to recognize himself as that servant who had nothing to pay. Not only because he owes everything he is and has to God, but also because many offenses have been forgiven. We have only one way out: to turn to the mercy of God, so that he may do with us what he did with that servant: having pity on that servant, he set him free and forgave him his debt.

But when this servant found one of his fellow servants who owed him a hundred denarii, he did not know how to forgive or wait until he could repay him, even though the fellow servant asked him in every possible way. Then his master sent for him and said to him, "Evil servant, I have forgiven you all your debt because you have begged me; should you not also have had compassion on your fellow servant, as I have had on you?

The humility of acknowledging our many debts to God helps us to forgive and excuse others. If we look at what the Lord has forgiven us, we realize that what we must forgive others - even in the most serious cases - is little: it is less than a hundred denarii. Compared to the ten thousand talents, it is nothing.

Our position in the face of small grievances must be to play them down (in reality most of the time they do not have any importance) and to excuse them with human elegance. By forgiving and forgetting, we are the ones who gain the most. Our life becomes more joyful and serene, and we do not suffer for small things. "Truly, life, in itself narrow and insecure, sometimes becomes difficult. -But that will contribute to make you more supernatural, to make you see the hand of God; and thus you will be more human and understanding with those around you."