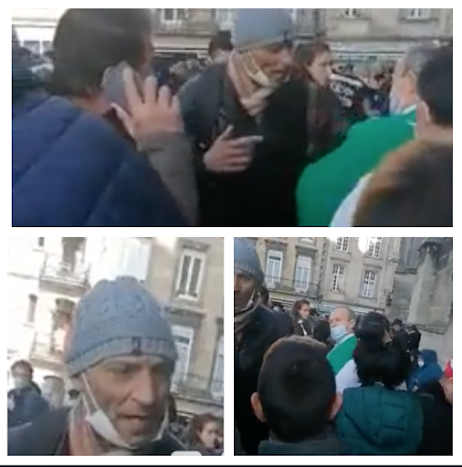 A Bordeaux priest, France, was blessing faithful outside his church Saint Michel in liturgical vestments, February 27, when a Muslim spat in his face.

Bordeaux Archdiocese has refused to press charges, likely because they want to show "forgiveness" for a bagatelle.

However, they neglect religious duties because anti-Catholic violence performed by Muslims, homosexuals and state agencies are a dramatically growing problem.