Francis is advertising himself non-stop 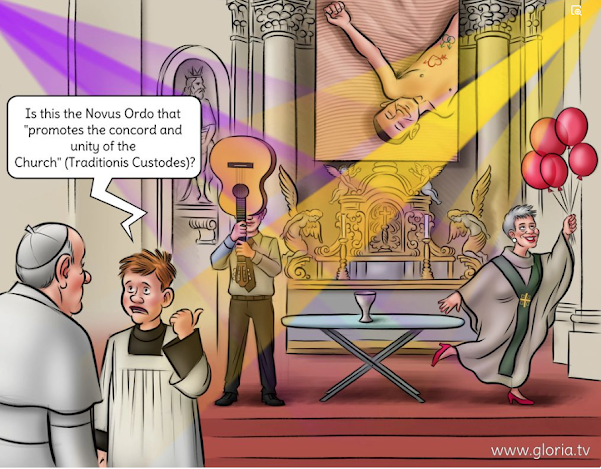 Another Francis Book: “I Am Not An Ice-Cream Vendor”

"I earn nothing, nothing at all! They feed me, and if I need something, I ask for it" – Francis says in “From the poor to the pope, from the pope to the world,” a book which will be published on April 1 in French, Italian and German, containing 100 questions from 80 countries.

Francis reportedly has a bank account worth millions of euros.

"I am an impatient person,” Francis explains, “Sometimes I make decisions in haste, with a bit of self-sufficiency."

It pains Francis “that men of the Church, priests, bishops, cardinals, drive luxury cars and become negative testimonies" – as if this were a problem in the Church at large, except for the German bishops with their huge salaries who have nothing to fear from Francis.

Francis refuses to wear white trousers under his cassock as is tradition because "I am not an ice-cream vendor!” – evidently, he prefers being whitewashed.

He describes himself as a "dreamer" and admits that he "sometimes falls asleep during prayer."