Francis’ pontificate hasn’t got much longer to run 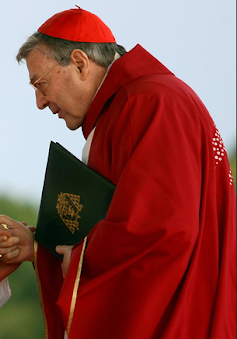 However, he quickly backs down by saying that things are [allegedly] moving in the right direction as Francis made [mini-]concessions to the Fraternity of St Peter that should also apply to other Roman Rite communities.

Pell then calls the secrecy surrounding the 2018 Vatican-China agreement “most irregular” and causing disquiet among the Vatican's upper echelon,

“I don’t think we’ve gained anything. The persecution seems to be continuing. In some places it has got worse.” Thompson says that he found in Rome “a consensus” that Francis’ pontificate hasn’t got much longer to run.