Francis prophesies (and plans) the end of vocations 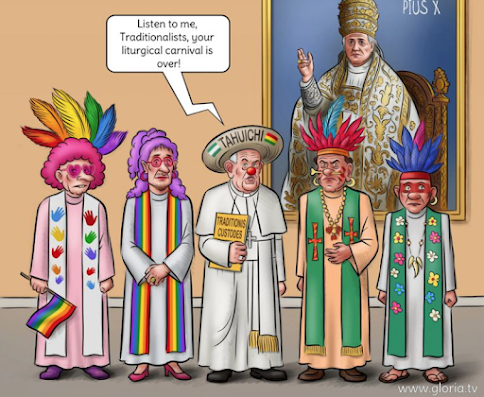 The number of vocations in all dioceses and all [Novus Ordo] religious congregations are declining, Francis admitted on March 17 talking to Augustinian Recollects.

According to the prior general his order went from eight provinces to four. Francis told them to get ready for two provinces and alluded to “the day when there will be no more Augustinian Recollects.” He hushed up the fact that Roman Rite communities are thriving.

He is not a prophet, Francis insisted, but “it worries me” that the day may come when there will be not enough priestly vocations for everyone. He proposed the solution to prepare "the laity" to continue with pastoral care.

The problem: The number of "laity" is falling even faster than the number of priests, because the Vatican still refuses to acknowledge the Vatican II disaster and is stuck in ideologies of the 1960.