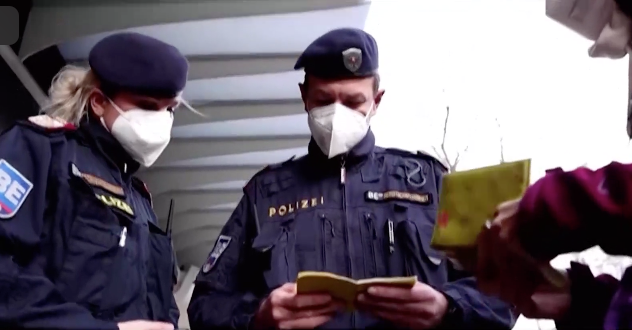 Soon after COVID-19 spread across the globe, world leaders began keeping track of who received the China virus inoculation and barring the un-jabbed from social activities.

As soon as abortion-tainted COVID jabs became available, governments began to coerce their citizens into getting the shot. Mandating vaccine passports was the next logical step for overreaching rulers.

The jab verification quickly went digital and became required for many normal social activities — a movement lauded by Big Tech. Critics are concerned this could lead to a social credit system, which is used by the Chinese Communist Party. The Chinese system rewards or punishes citizens based on their adherence to government standards.

In the United States, corporations are already using a ranking system known as Environmental, Social and Governance, or ESG, scores. The ESG scores track a company's carbon footprint, political views and staff diversity.

An Obama-era law rewards Americans with tax breaks if they buy electric or hybrid cars. Airlines are already listing each flight's carbon emissions for travelers to see.

Neil Parmenter, former CEO, Canadian Bankers Association: "All of us are living in a digital world. Digital ID is a way for Canadians to identify themselves to government, businesses and each other, electronically."

In Canada, the government recently froze the bank accounts of citizens who were protesting health mandates. Canadian psychologist Jordan Peterson realized that complying with tyrannical mandates doesn't solve the problem.

Many realize COVID passports may be a foundation to build global digital IDs and tear down freedoms across the world.

Apostate Catholic Anthony Fauci, tech tycoon Bill Gates and the World Economic Forum have all been touting digital IDs as a way to end the China virus crisis.