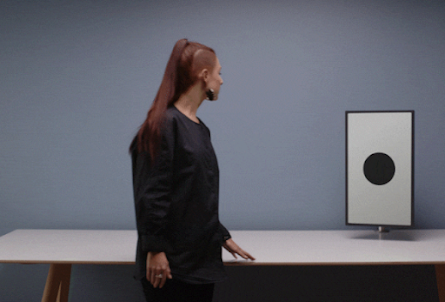 It can even watch to see when you've fallen asleep.

Google’s Advanced Technology and Products (ATAP) division unveiled new creepy technology that can read movements and body language to help devices “understand the social content around them,” so they can make decisions without proactive human input.

The technology insists that it has some semblance of privacy as it uses radar technology, not cameras.

The technology has been showcased in a new video by ATAP, which outlines Google’s latest technologies. The idea is to create “socially intelligent devices.”

“As humans, we understand each other intuitively – without saying a single word,” said Leonardo Giusti, head of design at ATAP.

“We pick up on social cues, subtle gestures, that we innately understand and react to. What if computers understood us this way?”

The technology is presented as being used in future devices like smart TVs to pause video when you stand from your seat or to turn down the volume when you doze off.

According to Wired, the technology could be used on other devices, like a wall-mounted thermostat to tell you the weather conditions outside when you walk past.

Chris Harrison, of Carnegie Mellon University’s Human-Computer Interaction Institute told Wired: “Humans are hardwired to really understand human behavior, and when computers break it, it does lead to these sort of extra frustrating [situations].”

There is also the issue of privacy, where many people might not feel confident that Google is not collecting and using data from the Soli chip.

by Ken Macon | Reclaim The Net