Our sins and Redemption. The true evil of the world 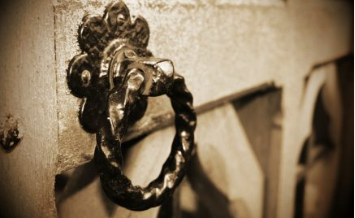 The liturgy of these days brings us little by little closer to the central mystery of the Redemption. It offers us Old Testament characters who are images of our Lord. Today, the First Reading of the Mass speaks to us of Joseph, who, through the betrayal of his brothers, providentially became the savior of his family and of the whole region. He is a figure of Christ the Redeemer.

Joseph was Jacob's favorite son, and by order of his father he goes in search of his brothers. He travels a long way to find them: he brings them good news of their father and also food. At first his brothers - who envy him and hate him for being the favorite - thought of killing him; later they sell him as a slave, and so he is taken to Egypt. God uses this circumstance to, years later, give him a high position in that country. In times of great famine he will be the savior of his brothers, to whom he does not take into account his crime, and the land of Egypt, where the Israelite tribes settled by Joseph's benevolence, became the cradle of the chosen people. All those who come to Pharaoh for help are sent to Joseph: go to Joseph, he always told them.

The Lord also came to bring light into the world, sent by the Father: he came to his house and his own people did not receive him;... he sent his son to them, saying to himself: They will have respect for my son. But when the husbandmen saw the son, they said to themselves, "This is the heir. Come, let us kill him and keep the inheritance. And they seized him and pushed him out of the vineyard and killed him. So did they do to the Lord: they led him out of the city and crucified him.

The sins of men were the cause of the death of Jesus Christ. All sin is intimately and mysteriously related to the Passion of Jesus. We will only recognize the evil of sin if, with the help of grace, we know how to relate it to the mystery of the Redemption. Only in this way can we truly purify our soul and grow in contrition for our faults and sins. The conversion that the Lord insistently asks of us, and in a particular way during this time of Lent, as we approach Holy Week, must begin with a firm rejection of every sin and of every circumstance that puts us in danger of offending God. The moral renewal of which the world is in such great need is based on this profound conviction: "(...) on earth there is only one evil to be feared and avoided with divine grace: sin ". On the contrary, "the loss of the sense of sin is a form or a fruit of the denial of God (...). If sin is the rupture of the filial relationship with God in order to live one's existence outside of obedience to Him, then it is not only denying God, sinning is also living as if He did not exist, it is erasing Him from one's daily existence ".

We can very well affirm," says the Holy Curé of Ars, "that the Passion which the Jews made Christ suffer was almost nothing compared to that which Christians make him endure with the outrages of mortal sin... What will be our horror when Jesus Christ shows us the things for which we have abandoned him! What foolishness in exchange for so much good! By divine mercy, with the help of grace, we will not leave him, and we will see to it that many who are far away draw near.