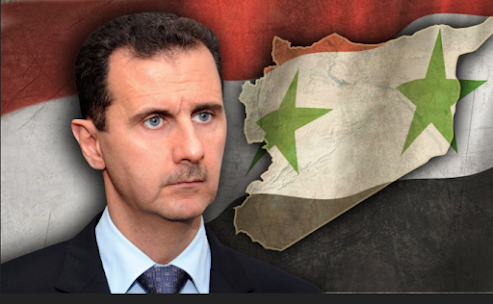 Abu Dhabi, an ally of the US, supported the jihadists who fought against Assad’s pluralistic government. The US regime expressed "deep disappointment " about Assad's reception in Abu Dhabi.

The following day, Assad met with participants of the international conference "Church House of Charity" in Damascus.

The conference was organised by the different Catholic denominations in Syria, the Congregation for Eastern Churches, and Apostolic Nuncio Cardinal Mario Zenari.

In a message to the congress, Assad said that Syria must fight against those – supported by Israel and the Western Regimes - who "want a nation of one [Islamic] colour"

He added during the 19 March meeting that "Christian citizens are an original component of Syrian society", arguing that the plural identity of Middle Eastern societies must be defended against [Western] sectarian homogenisation projects.

Since 2011 the NATO Regimes and the Gulf dictators are organising a war against Syria which killed at least 500’000 and displaced 10 million. The Western sanctions against Syria have had a devastating effect on the population, especially on children.

No tears are shed for this by the oligarchs’ media activists or by people in the West.