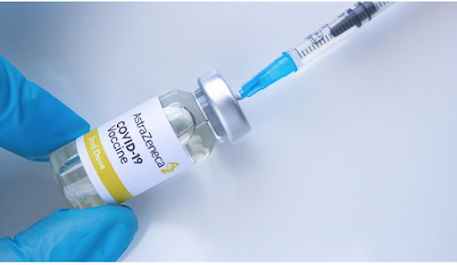 The National Health Security Office (NHSO) of Thailand has paid the equivalent of $45.65 million so far to settle the (COVID-19) vaccine injury compensations claims in their country. These payouts were made to 12,714 people, as well as the family members of those who have died as a result of the vaccine.

These figures, which were released on March 9, represent a continued increase in claims approved by Thailand’s NHSO. As of December 25, 2021, only 8,470 claims had been approved for compensation.

“No-fault” programs refer to a measure that is put in place by public health authorities, private insurance companies, manufacturers and/or other stakeholders to compensate individuals harmed by vaccines. It allows a person who has sustained injuries to be compensated financially without having to attribute the fault or error to the manufacturer or individual. (Related: Life insurance policies can refuse payouts for the jabbed because covid vaccines are “medical experiments.”)

Thailand’s compensation schemes have different categories with different payout schemes. Injuries and illnesses sustained as a result of COVID vaccination see a maximum payout of 100,000 baht ($2,892). Those who sustained disabilities that affect their childhood receive 240,000 baht ($7,157). Finally, for cases of death or permanent disability, families can receive up to 400,000 baht ($11,928).

Dr. Jadej Thammatacharee, NHSO’s secretary-general, set up the fund in 2021 with a 100 million baht ($2.98 million) budget. That quickly ran out because the no-fault system makes it easier for affected individuals to secure compensation relative to similar schemes in the United States or other western countries.

The claims requirements are easy to submit. Individuals or their families on their behalf can submit the claims where they were vaccinated, at provincial health offices or NHSO regional offices, and can be entered up to two years after the first adverse effect occurrence. (Related: Australia now ADMITS covid vaccines are harming people, offers up to $600,000 in compensation for the seriously injured.)

Individuals claiming injuries or side effects can file a claim for initial financial aid to provide an unspecified amount to claimants before they can confirm that the injuries resulted from the vaccine. If it is later determined that the adverse effects were not a result of the vaccine, the claimants can still keep their initial financial payout.

The turnaround time on claims is also quick: 13 panels across Thailand meet on a weekly basis to consider compensation claims, which are approved within five days. Rejected claims can be appealed directly to the NHSO secretary-general within 30 days.

US behind on vaccine injury claims payments

Thailand’s effective claims system is a stark contrast to that of the United States, which only approved one unpaid COVID vaccine injury claim since November 2021.

According to the Countermeasures Injury Compensation Program (CICP), they have not compensated any COVID-19 countermeasures claims as of March 1, 2022. They have, however, denied compensation to six because the standard of proof for causation was not met, and/or a covered injury was not sustained.

The single one that had been eligible for compensation is still under review.

Republican Senator Ron Johnson introduced the Countermeasure Injury Compensation Amendment Act last week to expedite the claims by those injured by the vaccines. The bill would amend the CICP to improve responsiveness and create a commission to examine the injuries directly as a result of COVID countermeasures. They can also allow those whose claims have been previously rejected to resubmit for new consideration.