Macron belongs to the dark powers 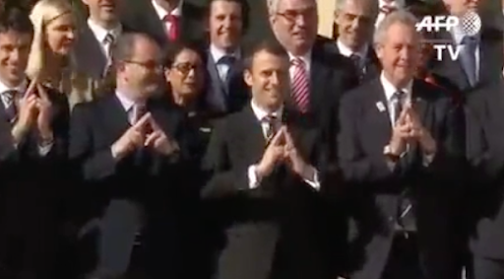 When I post videos like this there are always people who say that the triangle formed with the hands is a symbol without malice.

It is a Masonic pyramid symbolism, in politicians who have literally sworn their allegiance to Satan, NOT to the people they were supposedly elected to serve (that's without taking into account the frequent manipulation of elections in favor of the candidate that best suits globalism).

It helps to explain why governments are at war with their own people and far from favoring them they enslave them more and more to subjugate them in every possible way by impoverishing them economically and morally... to a will that is above them.

And even if they did not proudly display their belonging to Satan, their very laws and provisions such as the forced vaccination, all the threats and vindictive measures for those who do not want to be inoculated or now the digital identification - Macron's initiative - and prolegomenon of the Mark of the Beast, it would already be a whole open demonstration.