Bringing Christ to all areas 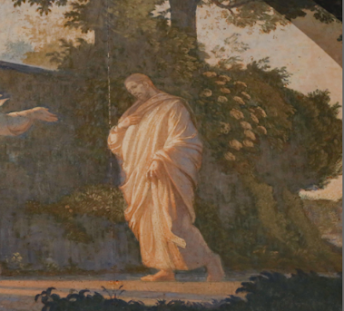 At the end of the second century, Christians are spread throughout the Empire: "There is no race of men, whether they are called barbarians or Greeks or by any other name, whether they live in houses or are called nomads without dwellings or dwell in shepherds' tents, among whom prayers and thanksgiving are not offered through the name of Jesus crucified to the Father and Maker of all things".

The Christian faithful do not flee from the world in order to seek Christ fully: they consider themselves a constituent part of that same world, which they try to vivify from within, with their prayer, with their example, with a magnanimous charity: "what the soul is to the body, that is what Christians are to the world". They enlivened their world, which in many points had lost the sense of human dignity, by being citizens like others, and without distinguishing themselves from them neither by their dress, nor by insignia, nor by changing their citizenship.

Not only are they citizens, but they try to be exemplary citizens: "they obey the laws, but with their lives they surpass the laws", they fulfill them completely for the benefit of all. St. Paul had already taught that God was to be prayed to for those in authority.

As exemplary citizens, they honored the civil authority, paid taxes and fulfilled their other social obligations. And this, in times of peace and in times of persecution and manifest hatred. An example of the heroism of the first faithful in living these civic virtues is given to us by St. Justin Martyr, in the middle of the second century: "As we have learned from Him (Christ), we try to pay the tributes and contributions, in full and promptly, to those in charge of you (...). Hence we worship God alone, but we gladly obey you in everything else, openly acknowledging that you are the kings and rulers of men and asking in prayer that, along with imperial power, you may also find an art of government full of wisdom." And Tertullian, who vehemently attacked the degeneration of the pagan world, wrote that the faithful prayed in their assemblies for the emperors, for their ministers and authorities, for temporal welfare and for peace.

Christians, in every age, cannot live with our backs turned to the society of which we are a part. At the very heart of the world we try to live responsibly our temporal tasks in order to inform them from within with a new spirit, with Christian charity. The more the distancing from Christ is felt, the more urgent becomes the presence of Christians in those places, to bring, as the first in faith, the salt of Christ, and to restore to man his human dignity, lost on many occasions. "To follow in the footsteps of Christ, today's apostle does not come to reform anything, much less to ignore the historical reality around him.... -It is enough for him to act like the first Christians, enlivening the environment".

We can ask ourselves if where we live we bring the light of Christ to those people, to that environment, as the first Christians did.