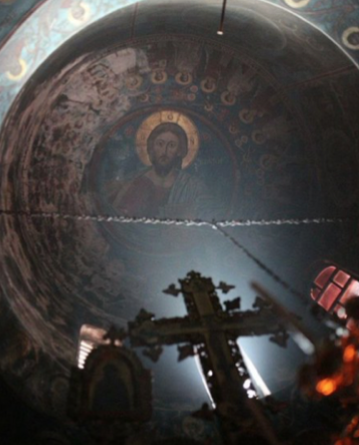 .. et cecidit sors super Matthiam..., and the lot fell on Matthias.... The call of Matthias reminds us that the vocation received is always an undeserved gift. God destines us to become more and more like Christ, to participate in the divine life, He assigns us a mission in life and wants us to be with Him, in a most blessed eternal life. Each one of us has a call from God to be close to Christ and to extend his reign in our own sphere and according to our circumstances.

In addition to this universal call to holiness, Jesus makes special appeals. And he calls many: some to give a particular witness by distancing themselves from the world, or to render a particular service in the priesthood; the vast majority, the Lord calls them so that, being in the world, they may vivify it from within in marriage, which is "the way of holiness", or in celibacy, in which they give their whole heart out of love for God and souls.

A vocation is not born of good desires or great aspirations. The Apostles, and now Matthias, did not choose the Lord as their Teacher, according to the Jewish custom of selecting the rabbi from whom one should learn. It was Christ who selected them; some directly, Matthias through this choice that the Church leaves in the hands of God. It is not you who have chosen me," Jesus reminded them at the Last Supper, and today we read in the Gospel of the Mass, "but it is I who have chosen you and appointed you that you should go and bear fruit, and that your fruit should remain. Why did these men come to enjoy this immense gift? Why precisely these men and not others? It is not necessary to ask for what reason they were chosen. Simply, the Lord called them. And in this free choice of Christ - he called those whom he wanted - lies all his honor and the essence of his life.

From the first moment in which Jesus looks at a soul and invites it to follow him, many other calls follow, which perhaps seem small, but which point the way; "throughout life, ordinarily little by little but constantly, God proposes to us - with a demanding invitation - many "determinations" of this radical call, which always involve a person-to-person relationship with Christ. God asks us from the beginning to decide to follow him, but with wise pedagogy he conceals from us the totality of the subsequent determinations of that decision, perhaps because we would not be able to accept them in actu", at that moment. The Lord gives light and particular graces in those impulses in which the Holy Spirit seems to pull the soul upwards, in the desire to be better, to serve people more, and in a particular way those who live with us every day. His graces are never lacking.

Matthias, as tradition tells us, died a martyr's death, like the other Apostles. The essence of his life was in carrying out the sweet and sometimes painful task that the Holy Spirit placed on his shoulders that day. Also in fidelity to one's vocation is our greatest happiness and the meaning of one's life, which the Lord unveils in time.