Christian customs within the family 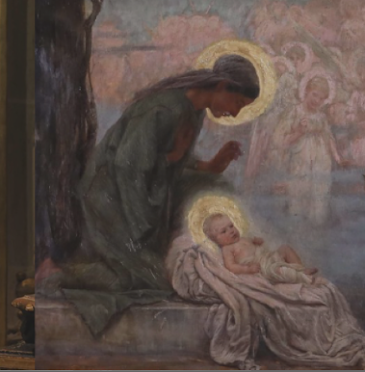 The paths of approach to the faith were very varied, some of them extraordinary, as happened to St. Paul. Others were called by the Lord through the example of a martyr; most of the time they came to know the Good News through the mediation of a companion at work, in the neighborhood, in prison, while traveling, etc. Already in apostolic times it was customary to baptize children, even before they were able to use reason. St. Paul baptized entire families and, together with the other Apostles, transmitted this custom to the whole Church. Two centuries later, Origen could write this text: "the Church has received from the Apostles the custom of administering baptism even to infants".

The houses of the first faithful, externally the same as the others, became Christian homes. Parents transmitted the faith to their children, and these to their children, and thus the family became a fundamental pillar of the consolidation of the faith and of Christian customs. Steeped in charity, Christian homes were places of peace in the midst, not infrequently, of external misunderstandings, slander and persecution. In the home one learned to offer the day, to give thanks, to bless food, to turn to God in abundance and in scarcity.

The teachings of the parents flowed naturally in the rhythm of life, and in this way the family fulfilled its educational function. This is the advice given by St. John Chrysostom to a Christian married couple: "Show your wife that you appreciate living with her and that for her sake you would rather stay at home than walk the streets. Prefer her to all your friends and even to the children she has given you; love them for her sake (...). Make your prayers in common (...). Learn the fear of God; everything else will flow as from a fountain and your house will be filled with innumerable good things "17. At other times it is a son or daughter who is the focus of the expansion of Christianity in his or her family: he or she attracts other siblings to the faith; perhaps then his or her parents, and these to the uncles and aunts and uncles... and they end up approaching even the grandparents.

There are many Christian customs that can be lived in the bosom of the family: the prayer of the Holy Rosary, pictures or images of the Virgin, making the Nativity at Christmas, the blessing of the table... and many others. If we know how to take care of them, they will contribute to a friendly atmosphere in the home, a Christian family atmosphere, where from an early age we learn naturally to treat God and his Blessed Mother.