Christian policeman disciplined for saying there are two genders —Australia 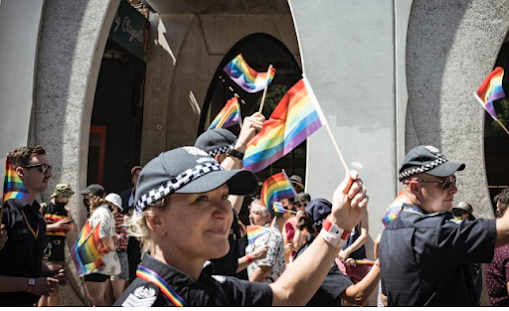 The veteran officer is under investigation by Professional Standards Command over a post that allegedly criticised a report by ABC about a Sydney teacher who supported non-binary and gay students at a Western Sydney school.

The 62-year-old is already the subject of disciplinary action over a series of posts from last year that infuriated Deputy Commissioner Neil Paterson.

Staffieri’s case shapes as a test case for freedom of speech, particularly for officers expressing religious or political opinions online.

A veteran police officer faces further disciplinary action over online posts that appear to mock a colleague promoting gender equality in the force, while also taking a swipe at reporting by the ABC about teachers who supported non-binary and gay students.

Sergeant Bruno Staffieri is already in hot water over his alleged criticism of Victoria Police’s campaign to promote workplace equality for LGBTQI members, but is now the subject of a fresh investigation by the force’s internal watchdog.

Staffieri, who regularly expresses his Christian faith online, has become a polarising figure in the force while also receiving support from several internet forums over his opposition to police support of LGBT causes.

The police investigation of Staffieri’s alleged misconduct shapes as a test case for freedom of speech and the force’s recently revised social-media policy, particularly for officers expressing religious or political opinions online.

Lawyer Lee Flanagan, from Arnold Thomas and Becker, said Staffieri’s legal position was unclear if he were to be sanctioned by Victoria Police.

“There’s two competing arguments at play. Victoria Police will have policies and procedures in place that its officers presumably agree to abide by. But he [Staffieri] is also entitled to express his opinions providing he does it in a respectful and reasonable manner,” Flanagan said.

The 62-year-old Staffieri was interviewed by officers from Professional Standards Command on April 26 over a post he made to senior project officer Bonnie Loft, who works with Gender Equality and Inclusion Command.