Francis Discovers "Richness" of Other Religions 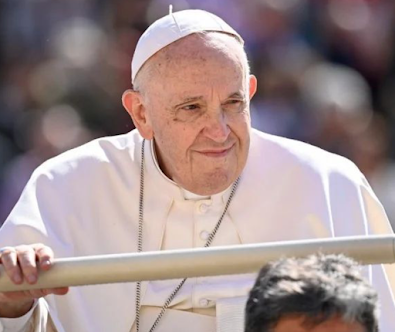 While using Traditionis Custodes to destroy the "richness" of Catholic liturgy, Francis feigns in his May 12 message for the World Day of Migrants that illegal immigrants represent "an immense opportunity for the cultural and spiritual growth of everyone."

He hopes for a "fruitful exchange between different visions and traditions” and "a discovery of the richness present in other religions and forms of spirituality unfamiliar to us." His words are hypocritical since Francis actively suppresses such an "exchange" in his own Church.

Francis showed what this "exchange" looks like during his Malta trip, when a cross was removed to appease illegal Muslim mass immigrants.