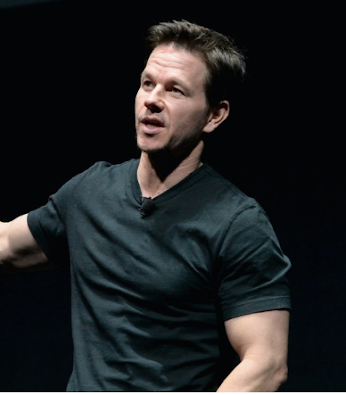 ‘Stay Prayed Up’: Mark Wahlberg Urges His 18 Million Followers To Say The Rosary With Him

Mark Wahlberg is not shy about sharing his Catholic faith. The 50-year-old actor recently encouraged his 18 million Instagram followers to pray the Rosary.

“I’ve been getting a lot of messages from people who have been praying every day and finding peace. And especially sending wonderful messages about doing the Rosary with me on the Hallow app,” Wahlberg said in a video message on the social media platform.

According to Fox News, the meditation app Hallow launched a partnership with Wahlberg earlier this month and is the most downloaded and used Catholic app in the world. This coincided with the actor’s new film “Father Stu.”

The film tells the story of the real-life boxer who became a priest and also had a degenerative, incurable muscle disorder. Father Stuart Long’s story inspired Wahlberg so deeply that he invested his own money to get the movie made.

“The reason why [Father Stu] was so effective was because he was authentic,” Wahlberg said while discussing his inspiration for the film. “He was speaking the truth from experience, and that’s invaluable … He’s such a remarkable man. It was an honor for me to portray him in the film and to tell his story.”

During an interview with Fox Nation in February, the actor discussed why it was so important to him to get “Father Stu” to the big screen.

“People need to have faith and hope,” he said at the time. “I just knew that I needed to make this movie, and this was my calling and this was my mission. And, now, it’s needed more than ever.”

“Hopefully, it will do some really important work and help a lot of people,” he continued. “It’s certainly a turning point for me in my life … I need to stop focusing so much on Mark and start doing much more work for God and for people and for people that are less fortunate people.”

Back in 2018, according to Fox News, Wahlberg already released his stringent prayer schedule, which involves “a 2:30 a.m. wake up that kicks off with prayer at 2:45 a.m.”

The “Fear” actor told Piers Morgan during a 2012 interview, “I pray to be a good servant to God, a father, a husband, a son, a friend, a brother and uncle, a good neighbor, a good leader to those who look up to me and a good follower to those that are serving God and doing the right thing.”