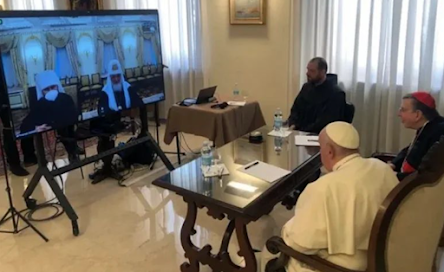 The russian-orthodox community said Francis used the wrong “tone” when he mocked Patriarch Kirill by saying he shouldn't become the Kremlin’s “altar boy.”

The Moscow Patriarchat informed Francis on May 4 that such statements don't contribute to a constructive dialogue. It reminded that Francis spoke on March 16 to Kirill on video chat and quoted at length what Kirill told him. The main points were that the Ukrainian conflict began with the 2014 Maidan Coup, that NATO had assured Russia not to move eastwards and that Western media don’t report accurately.

In the altar-boy interview, Francis did acknowledge this by saying that the “barking of NATO at the door of Russia” may have led to the invasion of Ukraine, adding that it was not Ukraine but "other states" that created the conflict without calling the United States by name.