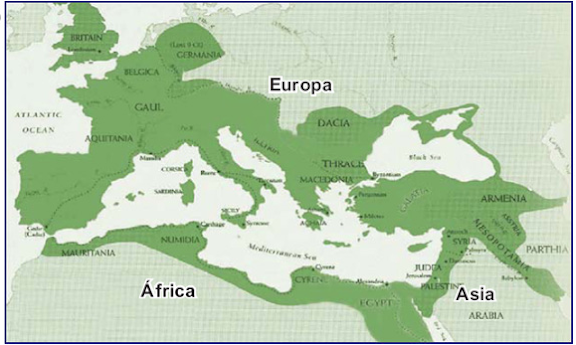 "Our Lord founds his Church on the weakness - but also on the fidelity - of some men, the Apostles, to whom he promises the constant assistance of the Holy Spirit (...).

"The preaching of the Gospel did not arise in Palestine by the personal initiative of a few fervent people. What could the Apostles do? They did not count for anything in their time; they were not rich, nor cultured, nor human heroes. Jesus places on the shoulders of this handful of disciples an immense, divine task. "1 Anyone who had contemplated the apostolic beginnings of that small group without supernatural vision would have believed that it was an undertaking destined to fail from the start. Nevertheless, those men had faith, were faithful and began to preach everywhere that unusual doctrine that clashed head-on with many pagan customs; in a short time the world knew that Jesus Christ was the Redeemer of the world.

From the beginning the Good News was preached to all men, without distinction. Those who had been scattered in the persecution provoked by the death of Stephen -we read in today's Mass-, reached as far as Phoenicia, Cyprus and Antioch. In this city there were so many conversions that the disciples of the Lord were called Christians for the first time. A few years later we find followers of Christ in Rome and throughout the Empire.

Consider, brethren," wrote St. Paul, "who are they among you that are called to the faith: how that ye are not many wise according to the flesh, not many mighty, not many noble.....

For God is no respecter of persons, and the first called ones -ignorant and weak in human eyes- will be the instruments He will use for the expansion of the Church. Thus it was seen more clearly that the efficacy was divine.

Among the first Christians there were also cultured, wise, important people, humanly speaking - an Ethiopian minister, centurions, men like Apollo and Dionysius the Areopagite, women like Lydia - but they were the fewest among the great number of converts to the new faith. St. Thomas comments that "it also belongs to the glory of God that through simple people He has attracted to Himself the sublime of the world".

The first Christians exercised all the professions common in their time, except those that entailed some danger to their faith, such as "interpreters of dreams", soothsayers, temple guardians.... And although pagan religious practices were present in public life, each one remained in the place and profession where he found his faith, trying to give his tone to society, striving to lead an exemplary conduct, without shying away from dealing - on the contrary - with his neighbors and fellow citizens. They intervened in the forum, in the marketplace, in the army.... We Christians," says Tertullian, "do not live apart from the world, we frequent the forum, the baths, the workshops, the stores, the markets and the public squares. We exercise the offices of seafarer, soldier, laborer, merchant...".

The Lord reminds us that also today he calls everyone, without distinction of profession, social status or race. "What compassion they inspire in you..... You would like to cry out to them that they are wasting their time..... Why are they so blind, and do not perceive what you - miserable - have seen? Why should they not prefer the best?

"-Pray, mortify yourself, and then -you have an obligation!- wake them up one by one, explaining to them -also one by one- that, just like you, they can find a divine path, without abandoning the place they occupy in society".

Thus did our first brothers in the faith.