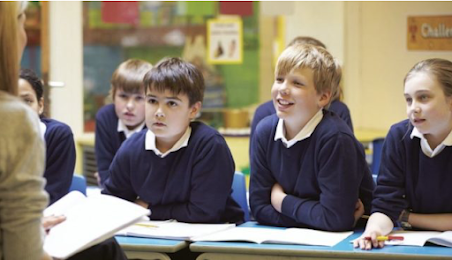 Imitating Hungary, Poland and the State of Florida (USA), the conservative Romanian government has decided to declare war on gender ideology in schools.

Last Friday, April 29, the Romanian Senate passed a bill banning so-called "LGBT propaganda" in schools, emulating laws similar to those passed by Hungary, Poland and the State of Florida (USA) in recent years. The law must still pass through the lower house, but the government is expected to assert its majority and pass it.

Leftist groups are lobbying hard to get the Chamber of Deputies, which will have the last word, to reject the bill, claiming that it is a "violation of human rights".

Despite what the opposition says, the law does not violate any rights. On the contrary, it protects underage children from being exposed to sex education classes where they are urged to "try out" homosexuality and explained the "benefits" of changing gender, according to officials of the UDMR, the ethnic Hungarian party that introduced the legislation.

Similar legislation was recently passed in neighboring Hungary, where it generated strong criticism from the European Union, and led the European Commission to illegally block the Hungarian government's access to the allocated emergency budget.

"Censorship in Budapest's education system must not be applied in Bucharest," said LGBT lobby group ACCEPT. "Romania must avoid the anti-progressive drift promoted by Hungary with this kind of measures that were harshly received by the European Union," it remarked.

ACCEPT and the other LGBT lobby group MozaiQ warned that the measures would lead to the "censorship of films and news about the LGBT community," as well as the "limitation of marches and public events," although there is no mention of this in the law, which only focuses on preventing gender indoctrination in schools.

"Adopting explicitly homophobic and transphobic legislation by censoring information on sexual orientation and gender identity is a disgrace for Romania," ACCEPT asserted. "The Lower House must vote to stop this incitement to discrimination."

Romania, whose society is quite conservative, had decriminalized homosexuality only in 2001, decades later than the rest of the European Union, and still prohibits marriage for same-sex couples.

However, in recent years it lifted a ban on careers in gender identity studies at the country's universities, and pushed these studies to enter sex education classes in schools.

Since 2019 governs Romania the conservative National Liberal Party, and the Prime Minister, Nicolae Ciucă, said that this law has nothing to do with the arguments that his detractors have stated and that they saw in the way Hungary approached this law as "a model to follow".