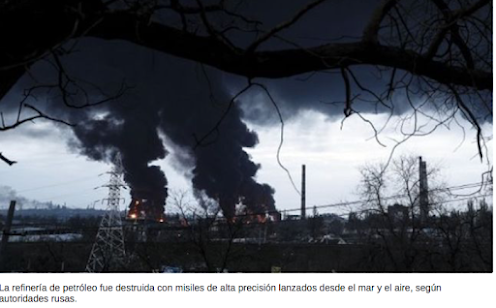 Russia has destroyed with high-precision air-launched and sea-launched missiles the facilities of an oil refinery in the city of Kremenchug, Poltava region of Ukraine, as well as fuel depots supplied to the Ukrainian Army, Russian Defense Ministry spokesman Igor Konashenkov told a press conference.

At the same time, the Russian aviation attacked 153 points of concentration of military personnel and equipment, neutralizing two Grad multiple rocket launchers and a US-made anti-aircraft system in the Kharkov region.

Also, 520 concentration points of Ukrainian troops and military equipment and an ammunition depot were destroyed with missiles and artillery.