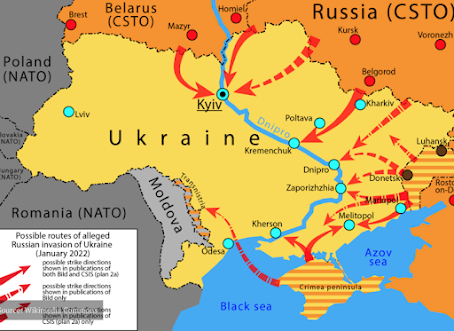 Russian forces have almost encircled Severodonetsk, the easternmost city in Ukraine held by Kyiv, and are trying to storm it, a local official said Friday.

“The city is almost surrounded by Russian and (separatist) Lugansk People’s Republic troops,” Oleksandr Striuk, the head of the Severodonetsk military administration said on Ukrainian television.

“They are trying to storm the city through nearby villages,” he said, indicating moves for a multi-pronged attack.

Severodonetsk’s capture would be a major gain for the Russian army which has refocused its efforts on taking the whole of the eastern Donbas region.

Striuk said there was ongoing fighting in a village just north of Severodonetsk.

He said the Ukrainian army was so far “repelling these attacks” but the Russians were pressing on.

“The city is holding on, but one can feel that they are trying to get around.”

Striuk said around 15,000 people remained in Severodonetsk, which had a population of around 100,000 before the war.

Evacuation rates have slowed, he said, with “about 10 people a day that can be persuaded to leave”.

Regional authorities have for weeks been urging people to leave the city, an industrial hub in Ukraine’s Lugansk region.

It is divided from nearby Lysychansk by the Donets River.

Both cities are key targets for the advancing Russian army.