‘Sweden is the most dangerous country in Europe.’ 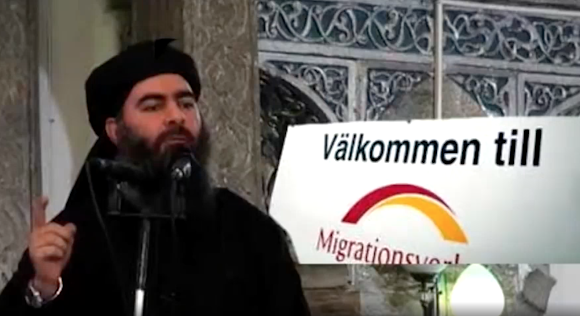 Sweden’s failure to properly integrate large numbers of migrants has led to the creation of parallel societies and gang violence, according to left-wing Swedish Prime Minister Magdalena Andersson.

Andersson made the comments in the aftermath of nationwide riots by migrant gangs over the Easter weekend that left a hundred police officers wounded.

Sweden’s approach to Islamic extremism and its failings in accommodating large numbers of migrants is the primary cause of the disorder, according to the Prime Minister.

“Segregation has gone so far that we have parallel societies in Sweden. We live in the same country, but different realities,” said Andersson.

“Integration was poor, and alongside, we have experienced intense immigration. Our society was too weak, while money for the police and social services too little,” she added.

As we previously highlighted, German media outlets responded to violent riots in Sweden mainly involving Muslim migrants by claiming the unrest occurred as a result of “right-wing demos.”

Ukrainian refugees also expressed the desire to avoid being sent to Sweden, feeling that it was too unsafe.

Having been one of the safest countries in Europe 20 years ago before mass uncontrolled immigration, Sweden is now the continent’s second most dangerous in terms of gun crime behind only Croatia.

Last year, Germany’s Bild newspaper ran the headline: ‘Sweden is the most dangerous country in Europe.’

Shootings in Sweden hit a record high last year as authorities are increasingly unable to contain migrant gang crime. There were 46 homicides committed in 335 shootings across the country, with most of them occurring in the migrant hotspots of Malmö, Gothenburg, and Stockholm.

“Swedish residents born in another country have doubled to 2 million in the last two decades, and immigrants now represent one-fifth of all people living in this Scandinavian country, a far higher rate than neighboring countries like Finland, Norway, and Denmark, which have all taken a harder line against immigration,” reports RMX News.

“For the past 40 years, the prime minister’s social democrats have been in power for 28 years, including the last eight.”