Bergoglio has misled Catholics from the start 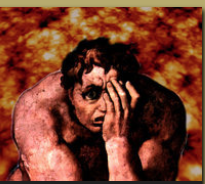 “From the very first moment of this pontificate there was scandal. On the balcony with Pope Francis, with that tiny number of the College of Cardinals selected by the new pope to accompany him onto the balcony at his proclamation, was none other than Cardinal Danneels—the cardinal known to be dissident on abortion, having encouraged the king of Belgium to sign a pro-abortion law. He supported gay marriage and wore the rainbow stole, and, if that isn’t bad enough, he is the only cardinal caught on tape encouraging a victim of pedophilic incestuous sexual abuse not to report the abuse to authorities.

“On day three the Pope praised the heretic Cardinal Walter Kasper for doing theology on the knees.

“He banished Cardinals Burke, Sarah and Muller. He banished the Franciscan Friars of the Immaculate, the order of priests who were responsible for offering more traditional Latin masses than any other order apart from the Fraternity of St. Peter.

“He publicly praised Italy’s leading abortionist Emma Bonino and met with her so much that this former illegal abortionist turned politician and champion of abortion now speaks at Catholic churches.

“He endorsed the UN Sustainable Development Goals, of which #3.7 promotes abortion via the UN code words of ‘universal access to sexual and reproductive health care services.’

“In 2015, he invited a ‘transgender’ couple to the Vatican and called the two females, one of whom had mutilated herself to appear as a man, ‘married’ and happy. He referred to the mutilated woman as ‘He that was her but is he.’

“Under Francis, the Church did a 180-degree about-face on population control. Whereas JPII called on the pro-life movement to fight depopulation at the United Nations, Francis has made the biggest population control advocates like Jeffrey Sachs, Paul Erlich and Ban-Ki Moon speakers at the Vatican itself.

“On July 16, 2016, he called cohabitation real marriage and said that it had the grace of real marriage—when referring to some in Northern Argentina who he felt were monogamous in their sexual relations.

“He committed idolatry with the Pachamama scandal and continued it in Canada with the native shaman invoking one of the four directions to open “the sacred circle of spirits” while the pope and attending cardinals all participated in the pagan ceremony with eyes closed and hands placed reverently over their hearts.

“Pope Francis was asked about “avoiding pregnancy” in areas at risk of Zika virus transmission. He noted that contraception was not an absolute evil. Asked for clarification, the Vatican confirmed that Pope Francis was approving use of contraceptives and condoms in grave cases.

And in case that wasn’t clear enough, the Pope has now permitted the so-called Pontifical Academy for Life to openly suggest a change to the Church’s perennial teaching against contraception.”

“But oh, one might say these are not official documents of the Church—they do not therefore constitute anything magisterial, they can be ignored. Well not so fast.

“First there was Amoris Laetitia. And even when some tried to do mental gymnastics to interpret the document in an orthodox fashion, Francis made the heretical interpretation (allowing for communion for remarried divorcees) the official interpretation.

“Then, in a little-known passage in his 2018 exhortation Gaudete et Exsultate, Francis teaches the opposite of what Popes John Paul II and Benedict XVI taught regarding the pre-eminence of abortion as an issue of moral concern. Speaking of immigration and abortion: ‘Some Catholics consider it a secondary issue compared to the ‘grave’ bioethical questions.’ The Pope added: ‘That a politician looking for votes might say such a thing is understandable, but not a Christian.’ He criticized those who ‘relativize’ these issues ‘as if there are other more important matters, or the only thing that counts is one particular ethical issue or cause that they themselves defend.’

“And in the latest apostolic letter Desiderio Desideravi, which addressed Holy Communion, the Pope said that all that was needed for the reception of Holy Communion is faith. The document was released on June 29—the very day on which the most pro-abortion politician in US history, the so-called Catholic Nancy Pelosi, came to the Vatican and visited with Pope Francis and received Communion at a papal mass. This must be seen against the background of Pelosi’s bishop publicly issuing a decree noting that she must be denied Holy Communion, after a decade of trying to convince her to amend her ways. The Pope openly bashed Pelosi’s archbishop, Salvatore Cordileone, as ‘lacking a pastoral nature.’

“Tyler, Texas, Bishop Joseph Strickland, Kazakhstan Bishop Athanasius Schneider, Dutch Bishop Robert Mutsaerts, and Texas retired-Bishop René Gracida have issued a condemnation of the apostolic letter, citing it as ‘contradicting the faith’ and quoting the Council of Trent, which calls the notion put forward by Francis in his letter ‘heresy.’

“Shall we not join with these heroic bishops and the many learned priests, religious and laity who have begun to resist Pope Francis? If we care about the faith, about our children, and about Francis’s own soul, we must.” (End of quote.)

“For 150 years, my family has been in the Catholic press apostolate, defending the Church against aggressors on all sides,” he said.