Bishops Call on Homosexuals to Behave 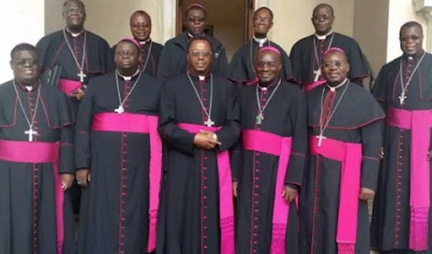 Homosexual acts are disordered and sinful, Zambia's bishops wrote in a September 29 statement addressing the “Church’s erring children," including "those with homosexual tendencies."

The bishops want homosexuals to learn to "do what is right before God and man". The statement is in response to criticism by Archbishop Alick Banda of Lusaka of the increase in illegal homosexual propaganda in the country.

Subsequently, Zambia Minister of Information, Chushi Kasanda, labelled Banda’s detailed account, including places and times, as “unfair and unfounded” claiming that the government [allegedly] “does not support LGBT” and joins “the fight against LGBT.”

The bishops' statement quotes the Catechism of the Catholic Church that homosexual acts are contrary to natural law and writes in capital letters. “UNDER NO CIRCUMSTANCES CAN THEY BE APPROVED.”

The bishops do “NOT in any way” support the decriminalisation of practiced homosexuality.

In 2018, two homosexuals were sentenced to 15 years in prison. The sentence was upheld by all courts. Then-President Edgar Lungu, following threats from the decadent US ambassador, said homosexuality was wrong, unbiblical and "bestiality". "Even animals don’t do it, so why should we be forced to allow it," he explained to the Americans.