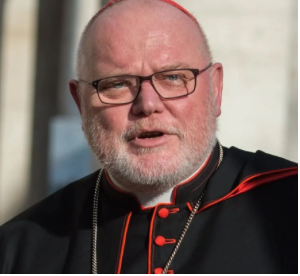 For Munich's Dialogue and Synodality Cardinal Reinhard Marx, arms deliveries to Ukraine are "the lesser evil".

Marx who is known for promoting immorality in all fields, said this to the oligarch newspaper Welt am Sonntag.

He insisted that he was "not a pacifist" and referred to the Ukrainian regime, which has been bombing its own civilian population in eastern Ukraine with the help of NATO since 2014, as “the one being attacked."

Marx considers his statements to be "rational ethics” and added: "One should leave the good Lord out of the picture when people wage war."

It is significant that Marx didn't call for dialogue and peace negotiations.