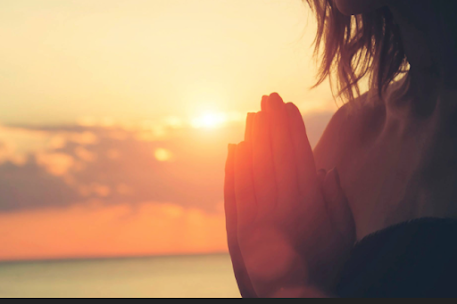 The central idea of the parable that we read in the Gospel of the Mass shows us two characters between whom there is a strong contrast. On the one hand, there is the judge who had neither fear of God nor respect for any man: he lacked the two essential notes for living the virtue of justice. In the Old Testament the Prophet Isaiah already spoke of those who do not do justice to the orphan and to whom the widow's lawsuit does not reach, of those who acquit the wicked by bribery and take away the right of the just. Jeremiah alludes to those who do not judge the cause of the fatherless and do not sentence the right of the poor.

The Lord contrasts the judge with a widow, symbol of a defenseless and helpless person. And the persevering insistence of the widow, who often goes to the judge to present her request, is opposed by his resistance. The unexpected end occurs precisely after a continuous back and forth of the widow and the repeated refusals of the judge. The judge finally gives in, and the weaker party gets what he wanted. And the reason for this victory is not that the heart of the administrator of justice has changed: the only weapon that has won the victory is the insistent request, the stubbornness of the woman, the constancy that overcomes the most tenacious opposition. And the Lord concludes with a strong twist: Will not God bring justice to his elect who cry out to him day and night, and make them wait? He makes us see that the center of the parable is not occupied by the wicked judge, but by God, full of mercy, patient and jealous for his own.

Until the end of time, the Church - day and night - will address a pleading cry to God the Father, through Jesus Christ, in the unity of the Holy Spirit, because the dangers and needs of her children are many. This is the first office of the Church, the first duty of her ministers, the priests. It is the most important thing for the faithful to do, because we are helpless and have nothing, and we can do everything through prayer.

The reason, which the Lord gives in this parable, that our prayer is always heard, is threefold: the goodness and mercy of God, which is so far from the ungodly judge; the love of God for each of his children; and the interest that we show by persevering in prayer.

At the end of the parable, Jesus adds: But when the Son of Man comes, will he find faith on earth? Will he find a faith like that of this widow? It is a concrete faith: the faith of the children of God in the goodness and power of their Father in Heaven. Man can close himself to God, feel no need of Him, seek through other channels the solution to the deficiencies that only the Lord can resolve, and then he will never find the goods that are most needed: He has filled the hungry with good things, and the rich He has sent away empty, as Our Lady announced in the Magnificat. We must turn to God as needy children, in addition to providing the human means that each situation requires. Only divine mercy can help us in so many of the goods we lack. The Holy Curé of Ars tells us that the founder of a famous orphan asylum consulted him about the opportunity to attract the attention and favor of the people through the press. The Saint replied: "Instead of making noise in the newspapers, do it at the door of the Tabernacle". On many occasions the Lord wants us to know how to resolve our affairs before the Tabernacle, and at the same time in the press, with the human means at our disposal.

Throughout the centuries, the Christian people have felt moved to present their petitions to God through his Mother Mary, and at the same time our Mother. St. Bernard teaches us "that our Advocate ascended to Heaven so that, as Mother of the Judge and Mother of Mercy, she might deal with the affairs of our salvation". Let us not fail to have recourse to her, even in the small daily needs.