Digital currencies should be tied to digital IDs 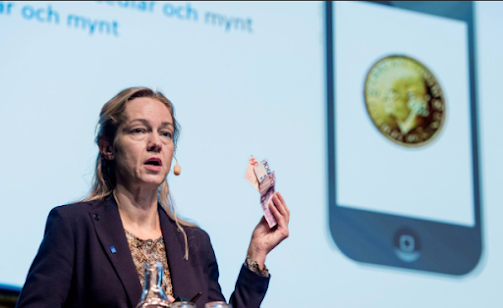 Governments and financial institutions are increasingly warming to the idea of introducing Central Bank Digital Currencies (CBDCs) – central banks’ digital tokens, pegged to a country’s fiat money, and controlled and backed by the authorities in ways they never could other money they issue.

There’s a lot to like about that if you’re banks and governments, but opponents of CBDCs keep warning that the same doesn’t apply to regular citizens, whose privacy, personal data safety and true ownership of their assets may be better served by decentralized solutions.

And while these debates are ongoing, the idea of pairing CBDCs and digital IDs, and if need be, pushing them onto a reluctant population, is something central bankers are now coming up with as well, as evidenced during the 2022 International Monetary Fund (IMF)/World Bank Group (WBG) Annual Meetings.

Cecilia Skingsley, head of the Innovation Hub at the Bank for International Settlements (BIS), agreed with other speakers who said introducing a CBDC is not a “universal solution” and should instead come together with digital IDs, “in a package.”

Skingsley framed this as the need to advance “digital literacy” where locking people’s sensitive data into digital ID should come first.

The entire process of digitization, but also the more complex and far-reaching digitalization of everything, which would eventually result in “digital society” is not without its problems, and Skinsley paid lip service to it by saying that the process raises “a lot of questions about data privacy.”

But, Skingsley also said this is something that politicians should decide on.

“This is not a role for me as a central banker but having a possibility to actually choose how much digital footprints you want to leave I think is a good starting point,” the BIS Innovation Hub head said in reference to privacy concerns around digital money and other related issues.

And while that sounds like Skinsley favors allowing citizens some choice, her other statements during the panel suggest that “pushing society” in a desired direction is also a good idea.

And that kind of behavior by central authorities would be “boldness” which Skinsley compared to society having to be pushed into adoption of the use of electricity, or sewage systems in the past.

“I think we need to be a little bit bold here right in the sense that we shouldn’t get in the way of the private sector, but I think sometimes in history you have to push society into to new equilibriums,” said the banker, adding: “Predecessors did that when it came to building electricity, sewage system, and the likes. Hugely welfare enhancing. Now we want to do it again with money, and it would be good for banks as well when society takes its steps.”