Do you understand the greatness of your mission? 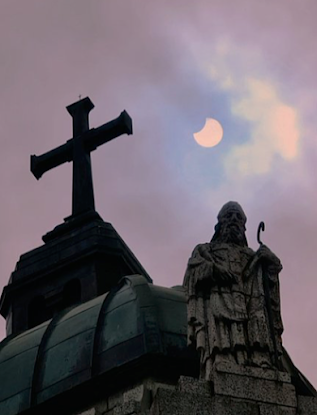 After Jesus had spoken about the need to be vigilant, Peter asked him if he was referring to them, to those closest to him, or to everyone1. And the Lord insisted again on the unpredictability of the moment in which God will call us to give an account of the inheritance he left in our hands: he can come in the second watch or in the third..., at any hour. On the other hand, responding to Peter, he points out that his teaching is addressed to all, but God will call each one to account according to his personal circumstances and the graces he received. We all have a mission to fulfill here on earth, and we will have to answer for it at the end of our lives. We will be judged according to the fruits, abundant or scarce, that we have borne. St. Paul will later remind the early Christians: "We must all appear before the judgment seat of Christ, so that each one may receive the payment due for the good or evil deeds he has done while clothed in his body.

The Lord ends his words with this consideration: To everyone to whom much has been given, much will be required; and to whom much has been entrusted, much will be required. How much has he entrusted to us? How many graces, destined for others, has he willed to pass through our hands? How many depend on my personal correspondence for the graces I receive? This passage from the Gospel, which we read at Mass, is a strong call to responsibility, for we have all been given much. "Every man and every woman," says a writer, "is like a soldier whom God places to guard a part of the fortress of the Universe. Some are on the ramparts and others inside the castle, but all must be faithful to their post of sentinel and never leave it, otherwise the castle would be exposed to the assaults of hell".

The responsible man, the responsible woman, does not allow herself to be annulled by a false sense of lowliness. He knows that God is God, and he, on the other hand, a heap of weaknesses, but this does not retract him from his mission on earth, which, with the help of grace, becomes a blessing from God: the fruitfulness of the family, which extends beyond what the parents can see with their eyes; spiritual fatherhood and motherhood, which is fulfilled in a very particular way in those who received from God a call to total self-giving, indiviso corde, and which has an immense transcendence for the whole Church and for humanity. ... and all, in the full realization of their own vocation in the midst of their daily tasks. "You are, among your own - the soul of an apostle - the stone fallen into the lake. -Produce, by your example and your word, a first circle... and this one... and another, and another.... Each time wider and wider.

"Do you understand now the greatness of your mission?".