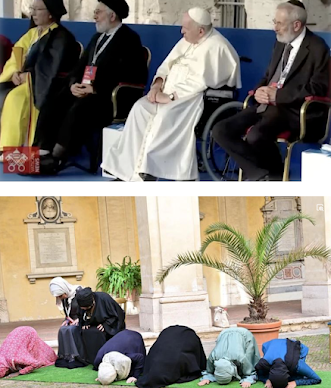 Francis attended in a wheelchair an October 25 interfaith meeting in Rome called "The Cry for Peace".

The logo of the event was a swirling homosex flag with a white dove. Francis joined religious leaders for an ecumenical prayer service in the Colloseum. Among them was Metropolitan Antony of Volokolamsk, head of external relations for the Russian Orthodox.

Meanwhile, representatives of Muslims, Sikhs, Hindus, Buddhists, Shintoists and Tenrikyo held their own prayers. Pictures (below) of these pagan events were posted on Twitter.com by the organising St Egidio community.

Afterwards, the different groups gathered for speeches on a stage that had been set up outside the Colosseum.

If Bergoglio appreciates the other false religions so much that he considers them comparable to Catholicism, he should give up the (usurped) position of Vicar of Christ that prevails over the only true Church. 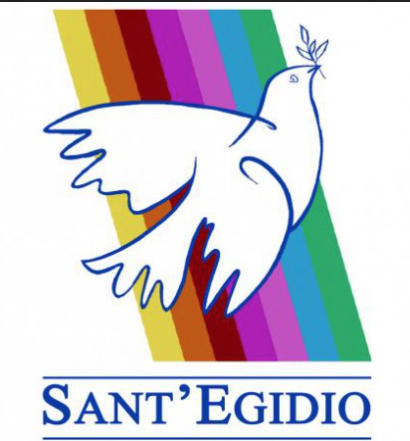