Francis is demolishing the Church —Schneider 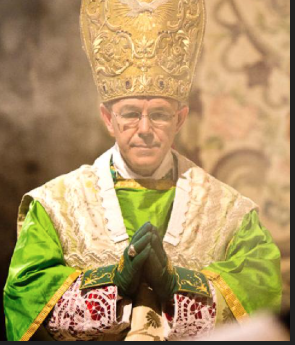 Outcome of Francis' Term: "The Church Is in Ruins" - Schneider

The aim of the synod on synodality is to undermine the faith and adapt it to a [supposed] "fashion of the day", Bishop Athanasius Schneider told EWTN (20 October).

He denounced the diocesan synodal processes as non-transparent, manipulative and a way of hearing only those who want to change the faith, while Catholics "are despised or not heard".

Catholic people and priests told Schneider that their input into the synod has been ignored and "many" bishops fear the synod is a cover for a pre-determined agenda in Rome. He agrees with Cardinal Müller that there is a "hostile takeover of the Church" by enemies of the faith.

The [feigned] "hearing process" is a problem for Schneider in principle, because the Church is not a parliament with "democratic" methods, because it has to teach the faith handed down by the apostles, not to listen to opinions.

"Jesus Christ did not say: go and listen to the pagans, the Gnostics, the Buddhists. That is a perversion of the nature of the Catholic Church."

Schneider criticises Francis for making statements that confuse and dilute the faith. His Traditionis Custodes aims to destroy the Mass. This, he said, is made even clearer by the restrictions and is "a great injustice", "a persecution" and "discrimination against Catholics, while pagans and the cult of Pachamama are introduced into Rome."

Result, “The Church is in ruins, her life a chaos.”