Francis is an instrument of Satan 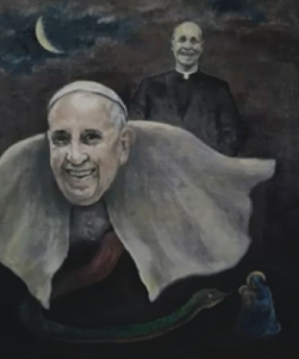 The Second Vatican Council started his official path 60 years ago.

Families were intact all over the West. Divorce was banned or very rare in Catholic countries, still fairly rare elsewhere.

Catholic churches were full. Catholicism was state religion in Italy, France, Spain and many other European and Southern American Countries.

Abortion was forbidden over most of the West. Illegal abortions were generally rare, and very risky.

Sodomy Laws were in the books (if likely not brutally enforced) in most European Countries.

Most people knew so much about Christianity, that it would put to shame the majority of Western people today. A staggering number of children received proper religious education since kindergarten age.

Impressive number of girls married virgins, or were the women of one man all their lives.

There were only two sexes. Gender was to do with Greek, Latin, or German.

People who thought they belonged to the other sex received the medical care they needed in relevant psychiatric institution.

Nobody who wasn’t a criminal or a mariner had tattoos.

Nobody had blue or green hair.

I could go on, but you get my drift.

Let nobody say that these societal changes are independent of what happened in the Church, and would have happened anyway. The Church had been, for decades, a formidable bulwark against such strong ideologies as Anarchism and Communism. It would have been a formidable enemy of the above mentioned phenomena, too.

But the church betrayed her faithful, and many, many faithful went along with being betrayed. Many of them poison the church to this day, though they are now, finally, on their way out. The betrayal of the clergy was, though, the worst, and without extenuating circumstances.

That, after all has happened in these sixty year, Francis should have the almighty gall to not only approve of the Second Vatican Council, but to call for the devastation to continue and even condemn Traditionalism, tells you that this man is not only an instrument of Satan, but very much fears the kind of return to sanity that is taking place and will, inexorably, take over again when the Sixty-Eighters go to their judgment and the air become better again.

Francis will die, and his enemies will, in time, take over and give his memory the treatment it deserves.

He knows that. Dim as he is, he understand that much.

It clearly grates him no end.

Good. Let him go to his grave knowing he has already lost.

The Galilean always wins in the end.