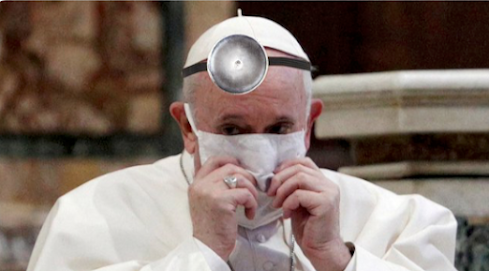 Francis announced at the Angelus on Sunday that his Synod on Synodality will be held in two sessions, the first in October 2023, the second in October 2024.

This announcement delays the final session for another year. Francis explained that he wanted "more time" to find a "way forward" and "not to be in a hurry".

During the hearing phase, the problem was not "haste" but weak participation. Originally, the Synod was to take place now, in October 2022.

Even APNews.com, an oligarch site, has noted that participation has been low in many countries so far and that many "opponents of Francis" have “scoffed at the whole initiative".