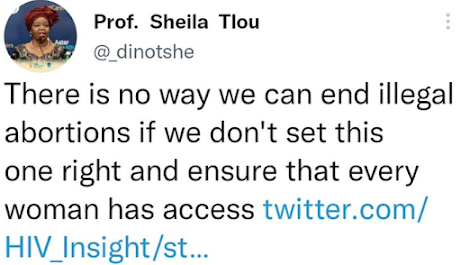 As the Vatican tries to patch up the Global outrage over its appointment of a pro abortion atheist, revealed first by Catholic Arena, we can reveal that another of the Pontifical Academy for Life's class of 2022 has made public statements supporting abortion and contraception.

Tlou has a history of advocating for contraception, abortion and policies wherein the fertility of poor people is linked to their poverty.

In one tweet, she expressed support for unlimited access to contraception as an apparent solution to illegal abortion, presumably she may have been suggesting unlimitedaccess to abortion also. 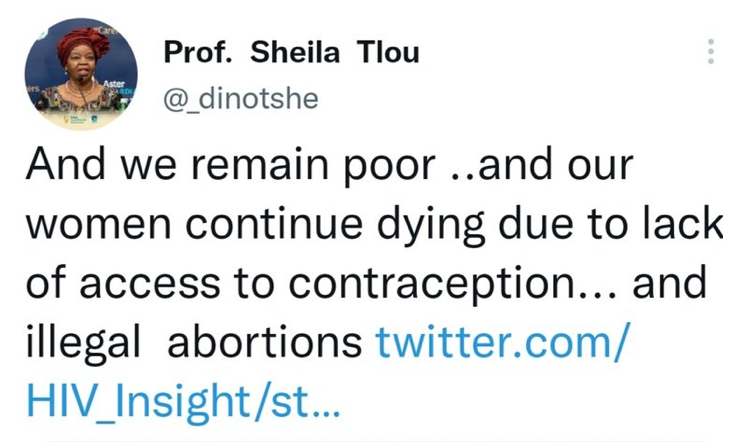 A common theme in Tlou's career is calling for ‘sexual and reproductive rights for all’ and for an end to ‘illegal’ abortions, which naturally implies the benefit of legal ones.

She also made controversial comments about poverty and the UN Sustainable Development Goals.

In 2019, Tlou was part of the World Health Organisation's External Review Group which published a Consolidated Guideline on Self Care Interventions for Health on Sexual and Reproductive Health and Rights.

Page 67 of the document states that ‘To the full extent of the law, safe abortion services should be readily available and affordable to all women’. 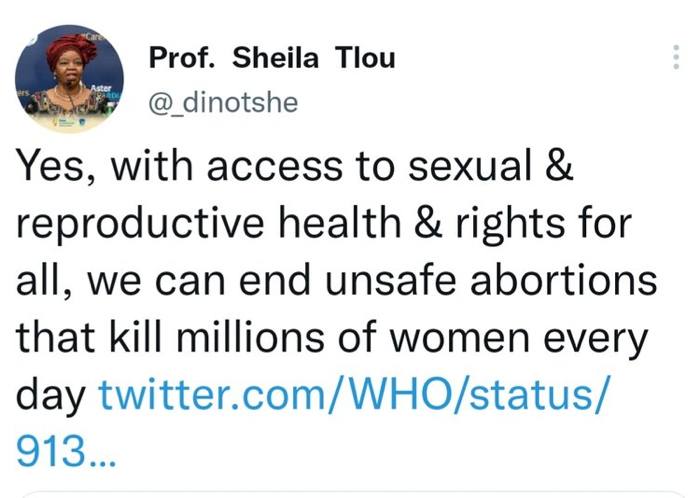 The Pontifical Academy for Life are unlikely to apologise for this appointment, just as was the case last week.

The milquetoast mafia of Anglo Catholic journalism have made themselves the defenders of low standards and of ignoring the cries of the People of God, all in the name of Synodality.

There are those in the church who expect us to take part in culture wars on behalf of the faith, while they appoint anyone and everyone for the benefit of their own worldly prestige.