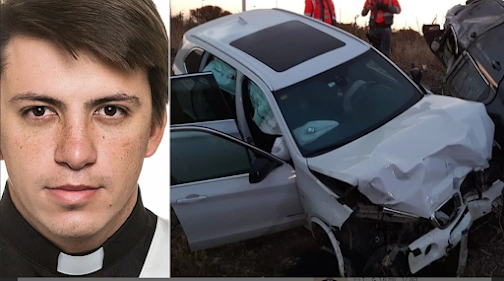 Father Renato Nahuel Bettini, 29, died in a road accident in the Archdiocese of Pamplona, Spain, at 18:16 on 16 October.

He was involved in a collision with another vehicle on the N-121 near Caparroso and died at the University Hospital of Navarra. The other driver was uninjured.

Nahuel hailed from Cordoba, Argentina, belonged to the Neocatechumenal Way, and had studied in Pamplona where he was ordained on June 22. Presently, he was parochial vicar of Peralta and Funes, Northern Spain.