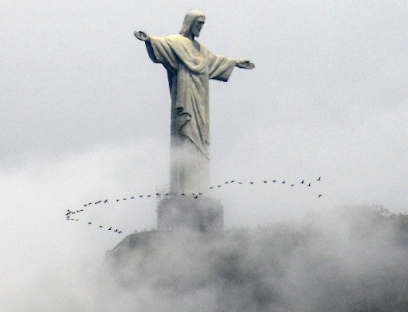 Once again the texts of today's Mass speak to us about divine mercy. It is logical that this ineffable reality is repeated so often, because God's mercy is an inexhaustible source of hope and because we are in great need of divine clemency. We all need to be reminded many times that the Lord is gracious and merciful.

In the First Reading1 , the Book of Wisdom makes present to us today this goodness and loving care of God for all creation and especially for man: How would things continue to exist if you had not willed it? How would they continue to exist if you had not called them? But you forgive them all, for they are yours, O Lord, friend of life. In all things is your incorruptible breath. Therefore you correct little by little those who fall; you remind those who sin of their sin, so that they may be converted and believe in you, Lord.

The Gospel tells us of Jesus' merciful encounter with Zacchaeus. The Lord is passing through Jericho on his way to Jerusalem. At the entrance to the city there was the healing of a blind beggar who, through his faith and insistence, managed to reach Jesus, despite the crowd and those who tried to silence him. Now, in this important city, the crowd must have filled the street where the Master was passing by. There is also a man, who was a chief tax collector and a rich man, well known for his position in Jericho. The publicans were tax collectors. Rome had no officials of its own for this office, but entrusted it to certain persons of the respective country. These could have - like Zacchaeus - subordinate employees. The amount of the tax was assessed by the Roman authority; the publicans charged a surcharge, on which they lived. This lent itself to arbitrariness, and for this reason they easily earned the hostility of the population.

In the case of the Jews, there was added the infamous note of plundering the chosen people in favor of the Gentiles. St. Luke tells us that Zacchaeus tried to see Jesus in order to meet him, but he could not because of the crowd, for he was small in stature. But his desire is effective; to achieve his purpose he first mingles with the crowd and then, leaving aside human respects, what the people might think by his attitude, running ahead, he climbed a sycamore tree, to see him, because he was going to pass that way. It matters nothing to him what people might think to see a man of his position run first and then climb a tree. This is a formidable lesson for us who, above all else, want to see Jesus and remain with Him. But we must examine today the sincerity and vigor of these desires: Do I want to see Jesus? -Pope John Paul II asked when commenting on this Gospel passage, "Do I do everything possible to see him? This problem, after two thousand years, is as topical as it was then, when Jesus was passing through the cities and villages of his land. And it is current for each one of us personally: do I really want to contemplate him, or perhaps I avoid the encounter with him? Do I prefer not to see him or that he does not see me? And if I already catch a glimpse of Him in some way, do I prefer to see Him from afar, not getting too close, not placing myself before His eyes so as not to attract too much attention..., so as not to have to accept all the truth that is in Him, that comes from Him, from Christ?