The apostolate in the midst of the world 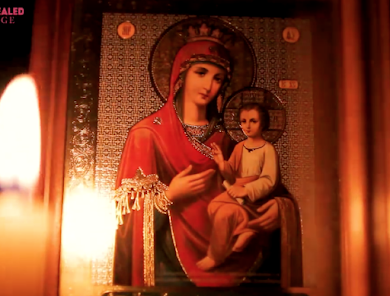 The apostolate in the midst of the world spreads like wildfire. Every Christian who lives his faith becomes a point of ignition in the midst of his own people, in the workplace, among his friends and acquaintances.... But this ability is only possible when the advice of St. Paul to the Christians of Philippi is fulfilled in us: Have among yourselves the same sentiments that Christ Jesus had. This recommendation of the Apostle "requires all Christians to reproduce in themselves, as far as man is able, that sentiment which the Divine Redeemer had when he offered himself in Sacrifice, that is, to imitate his humility and to elevate adoration, honor, praise and thanksgiving to the supreme Majesty of God". This oblation takes place principally in the Holy Mass, an unbloody renewal of the Sacrifice of the Cross, where the Christian offers his works, his prayers and apostolic initiatives, his family life, his daily work, his rest; even the trials of life, which, if patiently endured, become a means of sanctification7. At the end of the Eucharistic Sacrifice, the Christian goes to the encounter with life, as he did. Christ in his earthly existence: forgetful of himself and ready to give himself to others in order to bring them to God.

The Christian life must be an imitation of the life of Christ, a participation in the way of being of the Son of God. This leads us to think, look, feel, act and react like him before the people. Jesus saw the crowds and had compassion on them, because they were like sheep without a shepherd, in a life without direction and without meaning. Jesus had compassion for them; his love was so great that he was not satisfied until he gave his life on the Cross. This love must fill our hearts: then we will have compassion for all those who are far from the Lord and we will try to place ourselves at their side so that, with the help of grace, they may know the Master.

In the Holy Mass a current of divine love is established from the Son who offers himself to the Father in the Holy Spirit. The Christian, incorporated into Christ, participates in this love, and through it descends upon the most insignificant earthly realities, which are thus sanctified and purified and more apt to be offered to the Father by the Son, in a new Eucharistic Sacrifice. The apostolate in particular is rooted in the Mass, from which it receives all its efficacy, since it is nothing more than the realization of the Redemption in time through Christians: Jesus Christ "has come to earth to redeem the whole world, because he wants men to be saved (1 Tim 2:4). There is no soul that does not interest Christ. Each one of them has cost him the price of his Blood (cf. 1 Peter 1:18-19)". In imitation of the Lord, no soul should be indifferent to us.