The divine zeal of Jesus for all souls 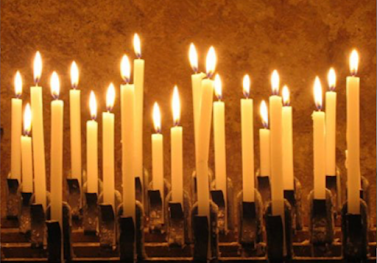 The Lord manifests to his disciples, as a true Friend, his most intimate sentiments. Thus he speaks to them of the apostolic zeal that consumes him, of his love for all souls: I have come to bring fire to the earth, and what do I want but that it should already be burning? And he shows them his divine impatience for his surrender to the Father for mankind to be consummated on Calvary: I have to be baptized with a baptism, and how I feel urged until it is accomplished!1. The fullness of God's love for all took place on the Cross, for no one has greater love than to lay down one's life for one's friends. We who follow him share in this predilection.

St. Augustine, commenting on this passage from the Gospel of the Mass, teaches: "Those who believed in him began to burn, they received the flame of charity. This is the reason why the Holy Spirit appeared in this form when He was sent upon the Apostles: There appeared to them tongues as of fire, which rested on each one of them (Acts 2:3). Inflamed with this fire, they began to go into the world and to inflame in their turn and set on fire the enemies around them. Which enemies? Those who forsook God who had created them and worshiped the images they had made (...). The faith in them is choked with straw. It is good for them to burn in this holy fire, so that, once the chaff is consumed, the precious reality redeemed by Christ may shine forth. It is we who must now go into the world with that fire of love and peace that will kindle others in the love of God and purify their hearts.

We will go to the University, to the factories, to public tasks, to our own home.... "If in a city a fire were to be set in different places, even if it were a modest and small fire, but one that would resist all the onslaughts, in a short time the city would be set on fire.

"If in a city, in the most disparate places, the fire that Jesus has brought to earth were to be lit and this fire were to resist the ice of the world, because of the good will of the inhabitants, in a short time we would have the city on fire with the love of God.

"The fire that Jesus has brought to earth is Himself, it is Charity: that love that not only unites the soul to God, but souls to each other (...). And in every city these souls can arise in families: father and mother, son and father, mother and mother-in-law; they can also be found in parishes, in associations, in human societies, in schools, in offices, everywhere (...). Every little cell ignited by God in any part of the earth will necessarily spread. Then Providence will distribute these flames, these soul-flames, wherever it sees fit, so that in many places the world will be restored to the warmth of God's love and will regain hope".