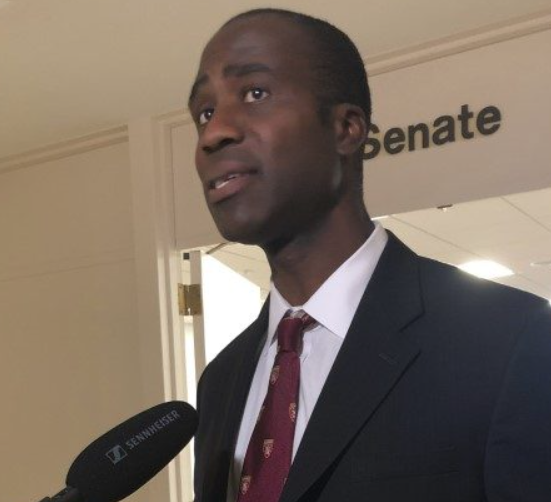 Ladapo, who has frequently criticized the safety and effectiveness of coronavirus vaccines, cited data showing an increase in cardiac conditions for men under 40 who have received mRNA coronavirus shots.

In his post, Ladapo linked to new guidance from his office recommending against the shots for under-40s.

“Today, we released an analysis on COVID-19 mRNA vaccines the public needs to be aware of. This analysis showed an increased risk of cardiac-related death among men 18-39. FL will not be silent on the truth,” said Ladapo.

“Studying the safety and efficacy of any medications, including vaccines, is an important component of public health,” said the Florida Surgeon General in a statement accompanying the press release.

“Far less attention has been paid to safety and the concerns of many individuals have been dismissed – these are important findings that should be communicated to Floridians.”

Twitter promptly took the post down, alleging it violated its coronavirus misinformation policies, only to restore it on Sunday morning.

“Our current misleading information policies cover: synthetic and manipulated media, COVID-19, and civic integrity,” Twitter stated after it initially blocked the tweet. “If we determine a Tweet contains misleading or disputed information per our policies that could lead to harm, we may add a label to the content to provide context and additional information.”

“Twitter censored data posted by the Florida State Surgeon General that showed an increase risk of cardiac-related death among males 18-39 years old within 28 days following mRNA vaccination,” said Griffin. “This is an unacceptable and Orwellian move for narrative over fact.”