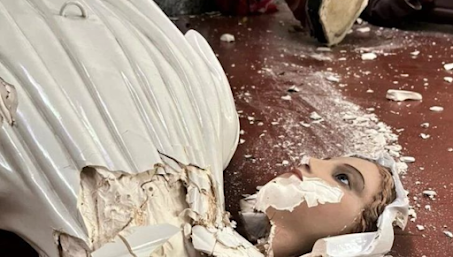 The São Mateus Church, the oldest place of worship in São Mateus do Sul, Brazil, was ransacked on Monday.Criminals destroyed 28 statues and images. The tabernacle was not touched.Security cameras were filming. The footage was handed over to the police. 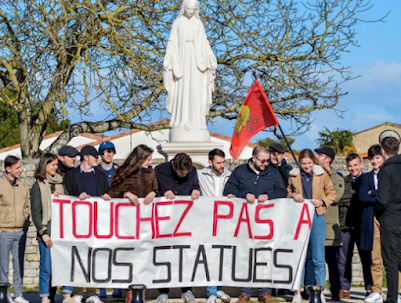 On the other hand, French Regime Is Fighting Saints and Its Own People

The French association Touche pas à ma statue (Hands off my statue) is fighting against the removal of Catholic representations from public life.

On 16 September, for example, a French appeals court upheld the removal of a statue of St Michael in Sables d'Olonne, where even the mayor is fighting for the statue.

A local referendum in March had shown that almost 95% of the votes were in favour of keeping the statue.

However, Baudouin Poupon, president of Touche pas à ma statue, believes that France's highest administrative court will rule against the mayor and the people.

There are many more lawsuits against Catholic monuments in the name of secularism - "laïcité" [= hatred against religion].

The fight is led by La Libre Pensée, a retired group of pensioners who spend their time in legal battles.