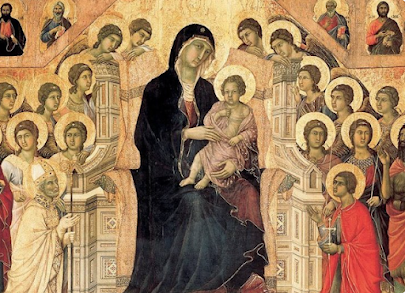 Sacred Scripture expressly teaches us that God did not make death, nor does he rejoice in the perdition of living beings. Before original sin there was no death, as we know it today, with that painful and difficult sense with which we have so often seen it, perhaps at close quarters, The rebellion of the first man brought with it the loss of extraordinary gifts that God had granted him in creating him. And so, now, in order to reach the Father's house, our definitive dwelling place, we must pass through that door: it is the passage from this world to the Father. Adam's disobedience brought with it, along with the loss of friendship with God, the loss of the free gift of immortality.

But Jesus Christ destroyed death and illuminated life, took away its essential evil, its sting, its poison; and, thanks to Him, it acquires a new meaning; it becomes the passage to a new Life. His victory is transmitted to all those who believe in Him and participate in His Life. I am," affirmed the Master, "the resurrection and the Life; he who believes in Me, though he die, yet shall he live, and whosoever lives and believes in Me shall never die. Although death is the enemy of man in his natural life, in Christ it becomes "friend" and "sister". Although man is defeated by this enemy, he emerges victorious in the end because through it, through death, he acquires the fullness of Life. It is well understood that for a society that has as its almost exclusive, or exclusive, goal material goods, death remains the total failure, the last enemy that puts an end to everything that gave meaning to its life: pleasure, human glory, enjoyment of the senses, disordered cravings for material well-being.... Those who have a pagan soul continue to live as if Christ had not accomplished the Redemption, completely transforming the meaning of pain, failure and death.

The death of sinners is lousy, affirms Sacred Scripture; on the other hand, the death of the saints is precious in the presence of God. In this same sense, the Church from the earliest times celebrated the day of the death of the martyrs and saints as a day of joy; it was the dies natalis, the day of birth to the new Life, to happiness without end, the day on which they contemplated, radiant, the face of Jesus. Blessed are the dead who die in the Lord, the Apocalypse reminds us. Yes, says the Spirit, let them rest from their labors, for their works accompany them16. Not only will they be rewarded for their fidelity to Christ, even in the smallest thing-even a glass of water given by Christ will receive its reward-but, as the Church teaches, they will remain with them, in some way, "the goods of human dignity, fraternal union and freedom, in a word, the excellent fruits of nature and of our efforts, after having propagated them on earth with the Spirit of the Lord and according to his command, we will find them again cleansed of every stain, illuminated and transfigured, when Christ will deliver to the Father the eternal and universal kingdom. ..". All else will be lost: he will return to earth and oblivion .... His good works will accompany him.