Evidence That U.S. Intends Blitz-Nuclear Strike At The Kremlin 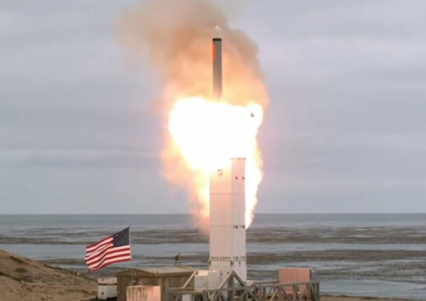 Alexander Mercouris headlined on October 29th, “Biden quietly moves world closer towards armageddon. Finland ready to host nukes, and discussed the U.S. plan to trap Russia by positioning its nuclear missiles about 500 miles or 7 minutes of missile-flying distance from The Kremlin, a “checkmate” (a beheading of Russia’s central command so that Russia won’t have enough time to launch its retaliatory missiles) and demand Russia’s surrender (since there is no way that Russia’s central command would be able to assess the situation within only 7 minutes and get its missiles launched).

There is a history to this plan, and the U.S. Government decision to do this seems to have been made in or around 2006, when America’s two most prestigious national security academic journals, Foreign Affairs and National Security, both recommended (though ever so tactfully) replacing the idea (actually meta-strategy) of “Mutually Assured Destruction” or “M.A.D.” (that nuclear weapons exist only in order to prevent a WW III), by the new U.S. meta-strategy, of “Nuclear Primacy” — that America will use them so as to win a nuclear war, WW III, against Russia. Positioning those missiles in Ukraine was supposed to be the way to do this, but, since that is looking increasingly unlikely now, it is to be Finland (the second-nearest nation to The Kremlin) which is taking on this function (if Turkiye’s President Tayyip Erdogan will allow it into NATO, which will be his most fateful decision ever).

Then, on 1 March 2017, two leading American experts on nuclear-arms control published in the Bulletin of the Atomic Scientists saying that a new type of nuclear fuse that was being installed on U.S. missiles “creates exactly what one would expect to see, if a nuclear-armed state were planning to have the capacity to fight and win a nuclear war by disarming enemies with a surprise first strike.” That strike now is expected to be coming from Finland, instead of from Ukraine.

On October 28th, Russia’s RT News bannered “Biden backtracks on nuclear pledge: The Pentagon has failed to impose a limit on use of the atomic option despite president’s promise”, and reported that President Biden had switched his policy because of advice from The Pentagon, which says that America will need to have an option to start nuclear war with Russia — not merely to respond to it from Russia. Russia’s policy on nuclear first-use is very clear — and is NO Russian version of America’s Nuclear-Primacy policy:

There are four scenarios in which Russia reserves the right to use nuclear weapons, that is, to go beyond nuclear deterrence.

-the use of nuclear weapons and other weapons of mass destruction against Russia;

-some impact on objects, the failure of which will lead to the disruption of the response of nuclear forces;

-aggression against Russia with the use of conventional weapons, when the very existence of the state is threatened..

Of course, there is also the possibility that the situation in Ukraine could develop into one in which condition #4 might be the one that would spark a Russian first-strike against America and its allies. But that now seems less likely than a U.S. first-strike from Finland does. (Also: Finland was part of Hitler’s Operation Barbarossa invasion of the Soviet Union — it allied with Hitler. This time, it would be allied with Biden.)

Investigative historian Eric Zuesse’s new book, AMERICA’S EMPIRE OF EVIL: Hitler’s Posthumous Victory, and Why the Social Sciences Need to Change, is about how America took over the world after World War II in order to enslave it to U.S.-and-allied billionaires. Their cartels extract the world’s wealth by control of not only their ‘news’ media but the social ‘sciences’ — duping the public.