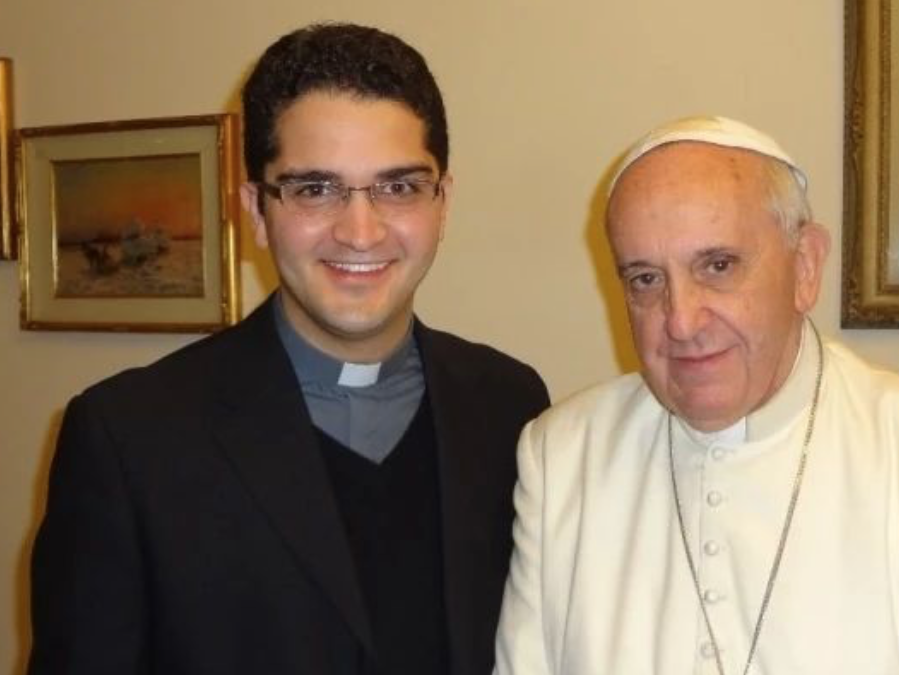 Francis on 17 November named Gleison De Paula Souza as secretary of the dicastery for the laity.

The Vatican press office introduces Souza, who was born in Brazil in 1984, as a religious education teacher in Galatina, Italy, and a married father of two daughters.

Prior to his marriage, he was a member of the Congregation of the Sons of Divine Providence of Don Orione for 11 years (2005-2016) and therefore probably made perpetual profession.

In January 2014, while still a religious and in the second year of theology studies in Rome, he wrote to Francis about his "vocation". Francis then called him and invited him to a private meeting at St Marta. Souza appeared in a grey collar shirt (see picture). He later published a very effusive account of this meeting.

He left his order in his fourth year of theology, about a year before he would have been ordained a deacon. Agencia.Ecclesia.pt presented Souza as a "former priest", but the article was later deleted.